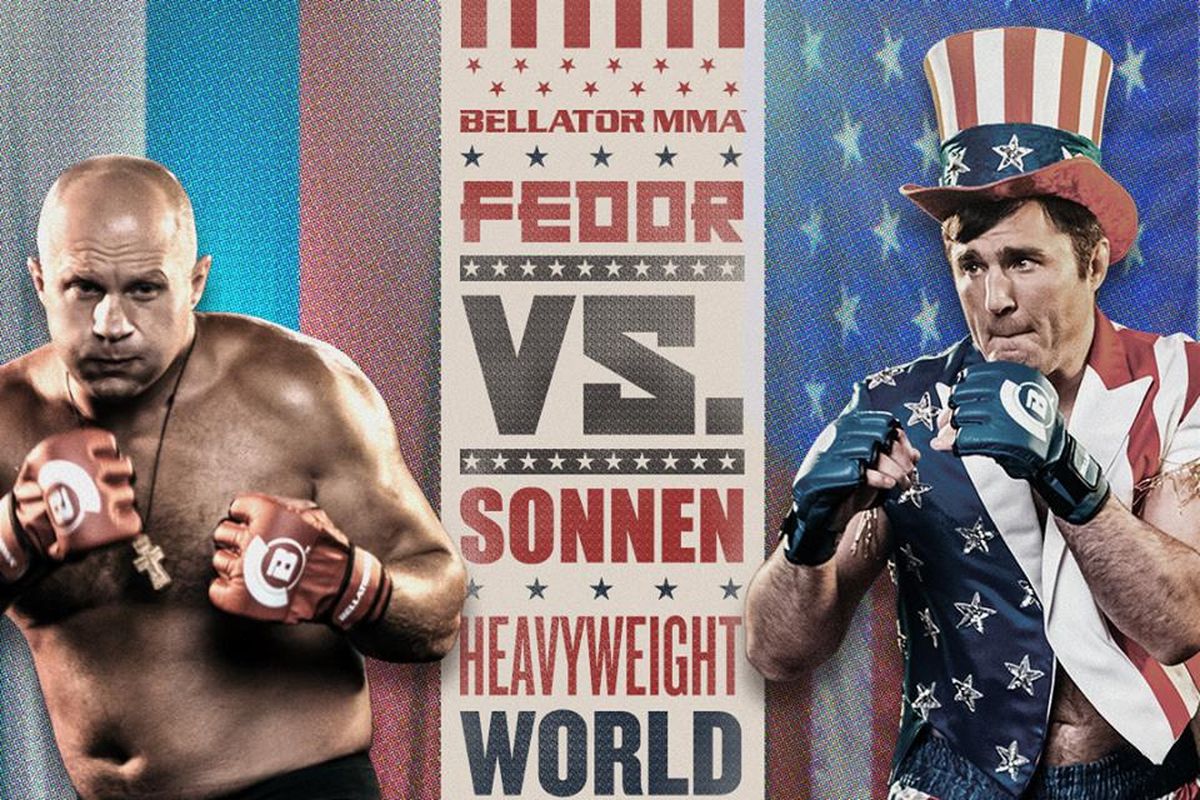 Chael Sonnen and Fedor Emelianenko get it on in the cage Saturday at Bellator 208 in what could be a brutal war, or over with one big right hand from Fedor. Chael himself said the same and his Russian opponent to no one’s shock said very little. This is a fight that we will be watching but to be honest – probably not betting on. There are too many variables in this bout that are in play, but having just typed that we may end up betting anyways.

Fedor’s mythical status has long since faded but he has stayed relevant going 6-1 in his last 7 with his most recent bout ending in a 48 second mauling of a still tough Frank Mir. Chael lost to Tito Ortiz last year… Even with his victories over Pride greats Wanderlei Silva and Rampage Jackson right after it is hard to erase that loss from the minds of the public. Who cares, right. We do! Okay, maybe not that much, but still. Come on, Chael. Tito?

Taking all of that in to consideration the odds are fair we think. The average of big site betting lines is:

What do you think of these odds? I had them a little more realistic in my humble opinion:

They aren’t that much different. However, when we look at where they are at in their respective careers and taking in to consideration that Sonnen fought at middleweight and light heavyweight I thought these were more accurate. What do you think?

Check out the weigh-in video and results by clicking here.