Conor McGregor’s tapout loss to Khabib Nurmagomedov on Saturday at UFC 229 has been ammunition for his haters from the moment it happened. This group of critics consists of the rich and powerful like 50 Cent to your next door neighbor screaming at his TV. The latest to publicly ridicule him is McGregor’s former boxing sparring partner Paulie Malignaggi. Here’s what he posted about ‘quitter’ Conor on Twitter: 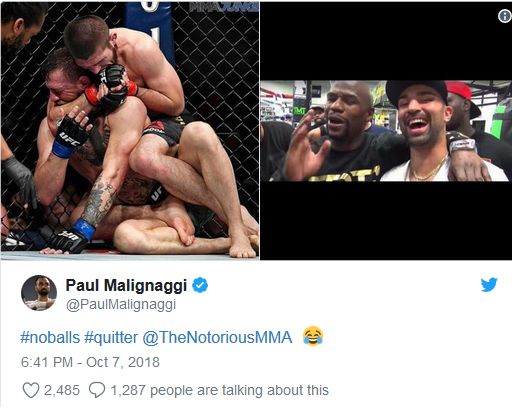 To be fair, McGregor’s social media attacks on Malignaggi during the build up to the Irishman’s boxing match with Floyd Mayweather Jr were harsher than this. Maybe he deserves it?