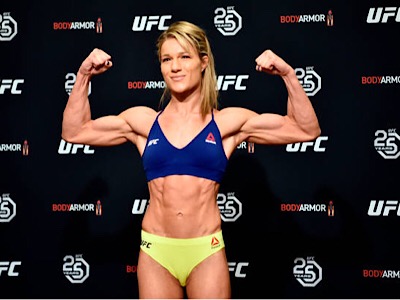 Felice Herrig takes on Michelle Waterson tomorrow at UFC 229 on the main card. Before then she is taking on Conor McGregor who headlines the event with lightweight champion Khabib Nurmagomedov.

We’re not sure who is more of a handful after hearing her strong words about McGregor ever since the UFC 223 bus attack that landed the Irishman in hot water – kind of.

She spoke with MMAFighting during media day and her comments were less than kind. (via BloodyElbow).

I think it’s just because people will follow him blindly. He’s the kind of person who could be a cult leader and have all these little minions. The people that get pissed at me are his little minions who would kiss his feet. So that’s why I get hate, it’s because he’s so loved or hated or controversial…What he did was wrong. I still think he’s a piece of sh-t, and I’m always going to think he’s a piece of sh-t.