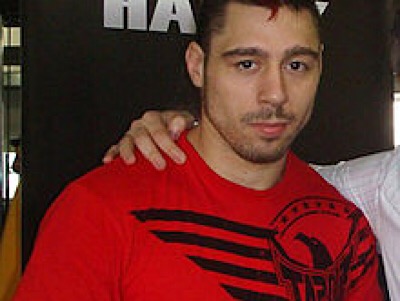 Former UFC welterweight contender Dan hardy has ‘retired’ from MMA and since transitioned to an on air personality.  The reason for his departure was an issue identified with his heart and that’s enough to scare anyone. After being medically cleared for a possible return it appears he is honestly thinking about putting on the gloves once again. (Via Sherdog)

There’s nothing like fighting. You can’t replace fighting. But this is a good close second for me, to remain in the fight game, push these fights and give my thoughts on them. I feel fortunate just to be in this position….I’m always thinking about fighting again. It’s gotta be the right venue, the right opponent. No one in particular, and that’s the thing, this sport changes so quickly that you don’t know who’s going to be available mid-to-late next year…It really depends on where the sport sits at the time.

When asked about the heart condition and his  medical status he relayed some good news.

I’m all good. I went back to the UK, took a bunch of tests with a cardio specialist and they compared past test results and told me ‘You’re all good. Whenever you choose to return, you’ve got the paperwork to compete.’

Would you like to see Hardy return to the octagon or stay retired?