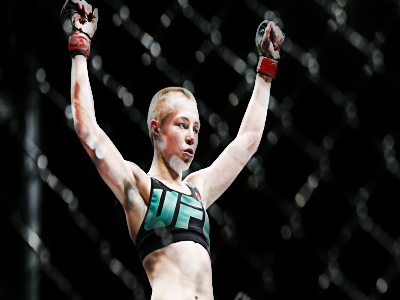 Trevor Wittman is the coach of UFC women’s strawweight champion Rose Namajunas so when he makes comments about her mental state – we pay attention.

He told Ariel Helwani that the infamous UFC 223 Conor McGregor bus attack that sent a few fighters to the hospital shook Namajunas up pretty bad. Rose has refused the Irishman’s apology multiple times and was absolutely brutal in her verbal thrashings of his character. Footage of the incident is actually being used in the promotional material in spite of the bad publicity it brought to the organization. Rose is almost certainly not cool with it along with some vocal fans on the internet forums. That’s neither here nor there. Here’s what Wittman told Ariel Helwani…

She doesn’t leave her house. It’s still there. She doesn’t go in public places. When you’re in a public place and there’s people everywhere, you’re going to be like ‘Oh my god, what could happen?’ Like if you’re involved in a 9/11 bombing, it’s gonna be hard to be in a city scenario. Every time you get in an elevator you’re gonna think of it.

What do you think?