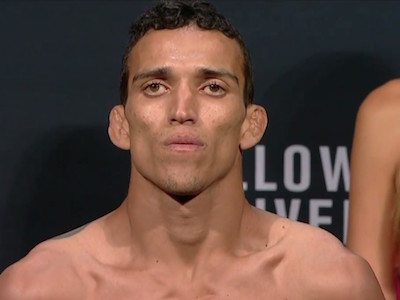 The bout is an important one for Oliveira as it will give him the opportunity to break UFC legend Royce Gracie’s record of most wins by submission inside the octagon. Oliveira tied Gracie’s record of 10 back in June when he submitted Clay Guida via guillotine choke in the very first round at UFC 225.

The win over Guida would have put Oliveira in the record-holder spot already if he hadn’t had his June 2011 rear-naked choke submission win over Nik Lentz overturned due to an illegal knee.

At only 28-years-old “Da Bronx” still has plenty of time left in his career to break Gracie’s record even if he doesn’t get the submission victory on Sept. 22 against Giagos. With six knockout victories to his credit, Oliveira has also been known to get it done on the feet as well.

Keep a lookout on Sept. 22 as Charles “Da Bronx” Oliveira seeks to etch his name in the history books by topping Royce Gracie’s submission record. Other top submission finishers in UFC history include Demian Maia and Nate Diaz, who both have nine submission wins to their credit, as well as Frank Mir with eight.