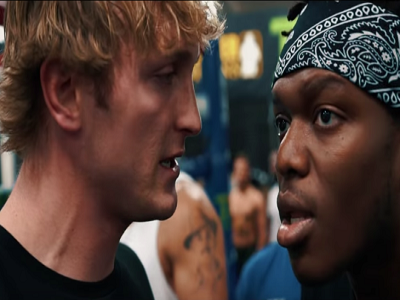 Brendan we don’t hold a grudge but if this comes true we blame you.

Brendan Schaub’s Below the Belt podcast has played host to some crazy stories, comments, and predictions. The latest is from Schaub himself about the Logan Paul vs KSI boxing match that took place on Saturday, August 25, 2018. The fight went to a draw causing some to claim fix but that isn’t what everyone is discussing. Two YouTube guys with no boxing skills to speak of brought in a large amount of hype and a healthy viewership.  Here’s what Brendan said about it via MMAFighting.

I loved what they are doing because they are showing how easy it is to promote a fight. When everyone goes, ‘Being a promoter is so difficult.’ Really? These kids have zero background! They both decided, ‘Hey, we both have a following,’ and they did it all their own. I’m sure they lined up with some help to acquire the arena and get the ticket sales and all that, but for the most part two famous guys showed you how easy it is to promote and sell a fight. It is not rocket science. No one is skilled at doing this. We give way too much respect to these promoters. They are not that skilled. It’s very obvious who should be fighting, what fight to make, how to build a fight…When a fight does not sell, that’s when you realize how shitty a promoter is. Whenever there’s two headline UFC fighters, both those guys are so fucking talented it’s not even funny. For those fights not to sell should not rely on a fighter. That’s where a promoter or the marketing business of the UFC, or name whatever boxing promoter you want, should come into play. It is not the responsibility of them. Them being the fighters.

He seemingly later hypothesized that Paul could be signed by the UFC. Ugh. We wouldn’t put it past Dana White to sign Logan Paul and/or KSI to fight a random opponent or be smart and make their rematch an MMA bout.