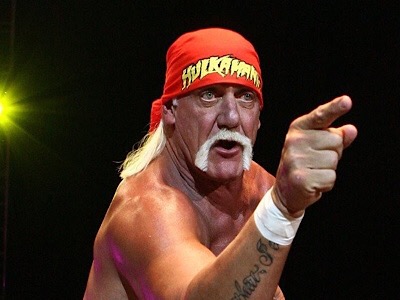 Hulk Hogan recently spoke with Bill Apter on The Apter Chat and addressed the reactions to his apology for the Gawker video. The video is a now another infamous celebrity sex tape in which he drops the N-word many times. He was removed from the WWE Hall of Fame and any where the company could easily erase any traces of him.

After three years they have reinstated him and he gave an apology to the WWE Superstars at a backstage meeting for a television taping recently. The reaction was not as he hoped but it didn’t discourage African American wrestlers like Mark Henry from publicly supporting him, but others like The New Day did not.

Here is some of what The Hulkster said via lordsofpain.net…

A lot of people accepted my apology. And a lot of people heard what they wanted to hear and a lot of the narrative that came out of the meeting was on point. A lot of the narrative was really different because I was surprised to hear some people interpreted what I said that I was just sorry I got caught on camera, whatever they interpreted, but I never said that. But I guess sometimes the media and people go with the most negative narrative that can come out of there.

I said those words, it was totally unacceptable and I just really wanted to get in front of all the talent and apologize because I know I hurt this business and I just want to move forward. I just hope the brotherhood can get back to the way it was. Because when you’re in the ring and somebody’s bodyslaming somebody or piledriving somebody, you protect your brother and you make sure physically they’re safe. And outside the ring, you’re supposed to protect your brother. In this case, it’s a situation where 75, 80, 90 percent of the wrestlers are protecting me and they’re giving me another chance to move forward. There’s just a few wrestlers that kind of like don’t understand the bond and the brotherhood of wrestling, and hey, if someone makes a mistake, you need to forgive them and move on and try to let them prove themselves. I just feel that I wish I could have one-on-one conversations with people who really don’t know me and try to maybe explain myself better.

What do you think? Were Hulk Hogan’s comments genuine or not?