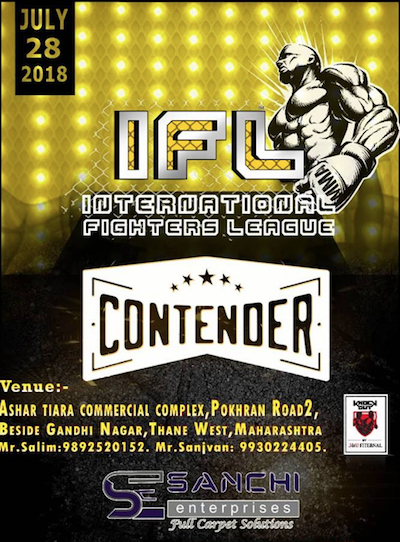 International Fight League held its amateur mixed martial arts Contender series on the 28th of July in Ashar Tiara Complex in Maharashtra, India. The event was the third for the promotion and the first amateur event held by the promotion. The event was organized. The event had a total of 24 bouts and was a platform which had majority debutants.