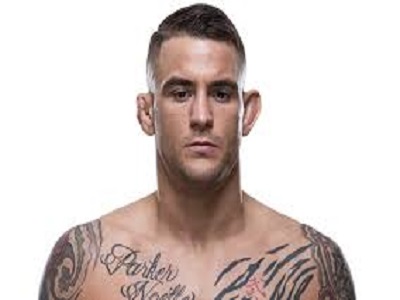 Dustin Poirier just had one of the biggest wins of his career this past Saturday when he finished Eddie Alvarez in the second. It wouldn’t be that far of a stretch to say he might be next in line for a title shot after lightweight champion Khabib Nurmagomedov and Conor McGregor get it on this fall. Injuries are unpredictable and the winner of the above mentioned fight could come out of that bout with one, and that could mean Dustin would wait as long as it took for them to heal. He told The Luke Thomas Show on Sirius XM Fight Nation that he might not wait to compete if that happens (via BJPenn.com).

I’m not in a rush. If something makes sense, then let’s do it but other than that, I feel like I’ve earned a title shot. I’d love for them to fight and then me fight the winner, beginning of next year if that’s possible, but we’ll see. This is a crazy, crazy, crazy thing that we do and things are always changing so you never know.

He also stated it would take some green for him to do it.

That’s the only reason I’d come back. At the end of the day, I’ve been doing this to be a world champion and I feel like I’m the closest I’ve ever been so for me to do anything else but what I think I’ve earned, there’s gonna need to be money.

Who should he fight next?