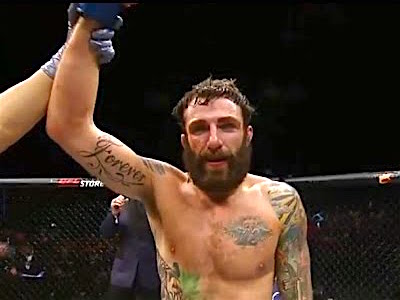 Michael Chiesa’s weight cut at UFC 226 was apparently brutal. Chiesa was going to face Anthony Pettis at 155 pounds until he missed weight and it was held at 157.5. Pettis agreed to take the fight and came out on top so it ended up being a smart decision for him. According to Michael his own weight cut decision may not have been a good one from what he said on Ariel Helwani’s ESPN show.

We cut weight for eight hours. We cut for four hours on Thursday night and I was up at 5 a.m. cutting weight on the day of weigh-ins [Friday] and my body had nothing more to give. I’m not exaggerating: I thought I was going to die. In the middle of the night before the Friday weigh-ins, I woke up and started having a panic attack. I broke down and started crying and was like, ‘I think I’m going to die.’

I’ve never felt like this. I made 155 my whole career without a hitch and it never feels good, but it’s never like this, never in my life.

This isn’t the first time something like this has happened to fighters in the UFC and Dana White has taken notice. White wants to remove early weigh-ins and turn the ceremonial event back in to the official one.