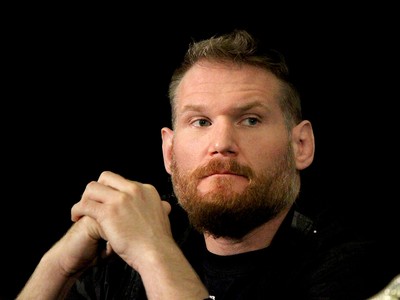 After a mysterious release from the UFC and a lot of speculation we finally get a statement from Josh Barnett. He released a lengthy Facebook statement on Sunday both cryptic about some items and clear about others. It’s not clear exactly what the exchange was that led to the release but Josh did his best to explain it. Check it out.

A Career as long as mine can take many paths or even change direction altogether at times. This is one of those times. No one thought I would ever be back in the UFC given the tumultuous relationship that we had had in the past, but for 5 fights and 5 years, that’s precisely where I have been. I have very much enjoyed my time there. The UFC has been a wonderful experience the second time around and together we have done great things. Although I am sure we could continue to do so, I feel that it’s time for me to take another path. They have great fighters and the biggest platform in the world so why would I want to leave? The UFC has a structure in place to create their stories, their way, and it’s a good way, but it’s not my way – it’s not my story. The call for adventure is still within me, and I wish to exercise it. I long to go back more to the way of the early days of MMA, traveling the world to exotic places fighting in different rules, rings or cages or who knows what, fighters that have been under the radar; the unknown. There are so many athletes and places that I want to fight, and by going my own way, I will have the ability to try and create that story and make these opportunities a reality, a reality I wouldn’t have been able to make if I stayed in the UFC.
The debacle with USADA over the last year and a half has also influenced my decision to exit the UFC. Their dogged insistence to punish me for what they absolutely knew was an issue of contamination was unethical. By trying to manufacture any reason they could legitimize to increase sanctions against me was unacceptable. For their stance to necessitate my retaining counsel and do legal battle with them in the presence of an arbitrator was unnecessary. They preferred an adversarial to a just and fair process. I cannot in good conscience trust them to act in good faith or perhaps may even wish to look to enact some sort of vengeance in an attempt to cancel out my victory against them in arbitration. It’s not the kind of environment that I want to spend the final years of my career in.
I would like to go beyond the bureaucracy by leaving the UFC. I hope I will be able to create the fights I want, compete in grappling, professional wrestling and take on opportunities as I can create and manage in the way that I wish to. As a piece in the UFC puzzle, I would have had to work for their narrative and designs on their timeline – as one should expect. There are a lot of stories left to tell with my career, and I want to be the one to determine them without influence. To do that fully I need to go it alone, I have to be the architect of my destiny. To traversing battlefields far and wide. The UFC has been very good to me and a great place to fight, but what time I have left in this sport I need to be the one calling the shots and creating the battle plans. I hear the call for high adventure and I will oblige.
Onward into countless battles.
The Warmaster