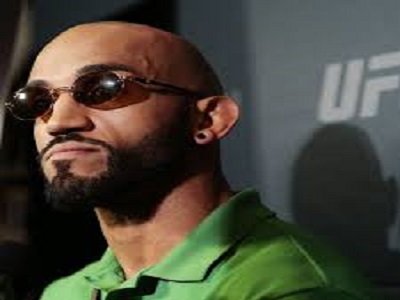 MMA hardcore fans have taken hating on Phil Brooks aka CM Punk since the rumor first started that he was coming to the UFC. They really unloaded when they saw his destruction at the hands of killer Mickey Gall in under three minutes. Brooks is now trying to redeem himself against an arguably more comparable opponent in fighter/journalist Mike Jackson at UFC 225 in Chicago this Saturday. He spoke with MMAWeekly recently and gave his take on why Phil Brooks is competing in The Octagon.

I legit feel this is a bucket list thing for him. I don’t think this is someone coming from a different industry and trying to make a name for himself in MMA. I think this is just someone who loves the sport and wanted to give it a shot.

The path that he took to get here, that’s the only logical explanation I can come up with. It’s a bucket list thing.

Jackson also feels he has a definitive advantage over Brooks from his own experiences in the sport.

I’ve been in this sport a decade. I’ve been in MMA 10 years now and I’ve been able to see the evolution of the sport. From what I saw from Phil against Mickey, I didn’t see the modern day MMA fighter.  What I saw, to be honest with you, was an amateur fighter from 10 years ago…To be honest with you, in a year and a half’s time, and you have to think who he is and his schedule, trying to find time to train, on top of just being nearly 40 years old and being in professional wrestling, these are all variables that you have to consider.

What do you think? Is Jackson right?