Enzo Amore was a victim of the WWE corporate overreacting monster. He was charged with sexual assault and failed to notify the WWE because by all accounts he thought he would be quickly cleared. He was wrong and it went public late last year which prompted WWE to very quickly distance themselves from him. He posted a very welcome photo of a document stating he is cleared of all charges. Where you at WWE? 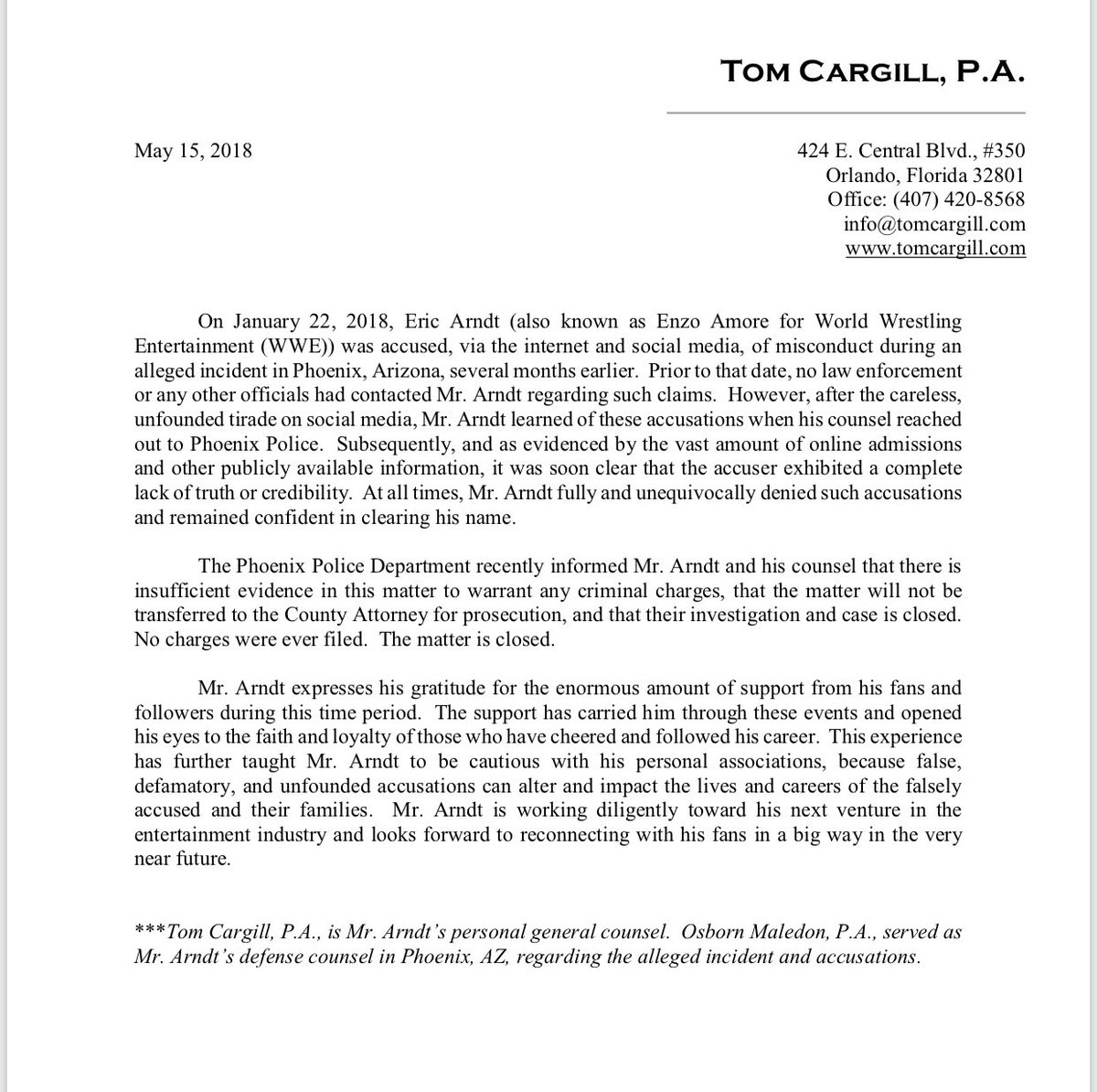