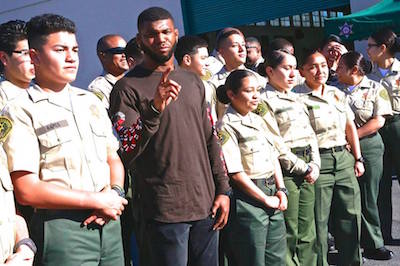 Yesh, Y’all in the ‘City of Compton’ it was Los Angeles County Sheriff’s Compton Station, Youth Activity League, which hosted a “Meet and Greet” with its beloved Compton Native’s Son, MMA fighter and NCAA Wrestler, Joey “Black Ice” Davis on March 29. Black Ice Davis is uncontested and undefeated both as a Cagefighter and Wrestler with an outstanding college career record of 133-0. The four time NCAA D2 Wrestling Champion attended Notre Dame College of Ohio on a full ride scholarship where the young talent majors in Communications. 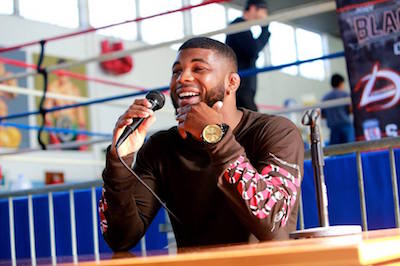 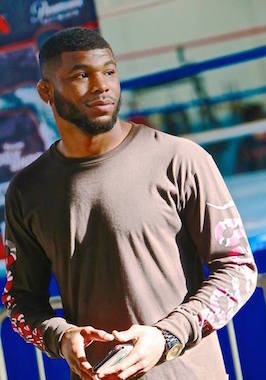 Bellator fighter Joey “Black Ice” Davis came to share as he was not only celebrated at its Meet and Greet Event which was exclusively promoted by his Father Joey Davis Sr supported by its Compton Youth Academy YAL, but its event was held to share and return California Love to its kids in need. The Davis family believes true success is equal to their gratitude in appreciation of Compton. In true narrative form, Fighter Joey Davis shared the allegorical story of his great ascent and journey as a true inspiration to all youthful dreamers in Compton and everywhere. Joey revealed his experiences of what it was like to grow up on the mean streets of Compton, struggling against facing adversity, overcoming great physical and metaphysical obstacles as well as ultimately returning good tidings as a value through benevolent acts to its greater community. 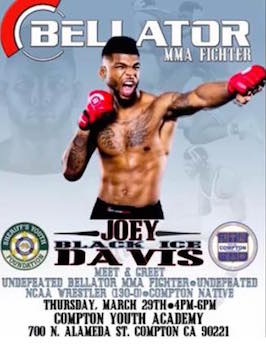 The MMA fighter shared a compelling inspirational speech followed by personally awarding select individuals of the community with gifts of recognition, signed posters and gave out sponsored Tshirts to all of those who attended. Its event was attended by prominent personalities and dignitaries including the likes of William Byrd of Victory Auto, Childhood friend and Bellator Title Contender Mercenary AJ McKee was in the House taking no prisoners, Former Gang Member and Activist Skip Townsend, Deputy Sherriff Darryl Harkless, Compton’s Underground Cartoonist Marcus Newsome and Compton Mayor Aja Brown who in 2013 became the youngest ever elected Mayor of Compton. In addition it was former Child Star Rodney Allen Rippy who attended its event. Rippy has appeared in countless TV commercials for the fast-food chain Jack in the Box in the early 1970s, as well as in numerous roles in television and features films and movies. 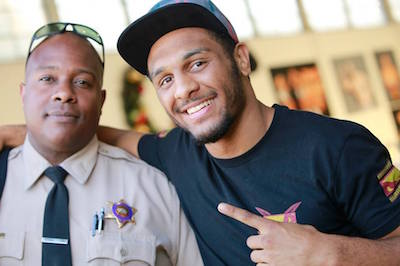 It’s all good, from Diego to tha Bay
Your city is tha bomb if your city makin pay
Throw up a finger if ya feel the same way
Dre puttin it down for
Californ-i-a 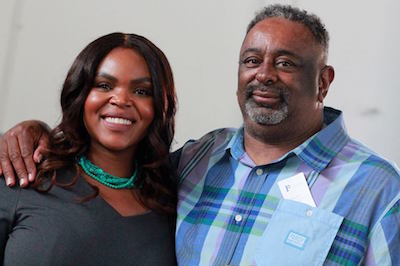 Compton’s Sheriff’s Youth Foundation passionately believes through its mission that crime prevention programs should be focused on our youth which is the key and the path to developing safer communities in combating crime and gang affiliations. The Sheriff’s Youth Foundation programs works with young people throughout Los Angeles County and the City of Compton to provide its kids with tools for life’s success. Lessons which will empower youthful members to utilize inner resources of self knowledge which can be referenced later on in life through struggles. The Compton activities and esteemed programs at YAL offer baseball, basketball, soccer, flag football, overnight camping trips, libraries, academic tutoring, track, boxing, martial arts, volleyball, dancing, computer labs, cultural trips, tennis, fencing and much, much more.

Delicious food and refreshments of Hot Dogs, Chips and Chicken Gumbo were served to its hungry young attendees seeking a message from its messengers.. 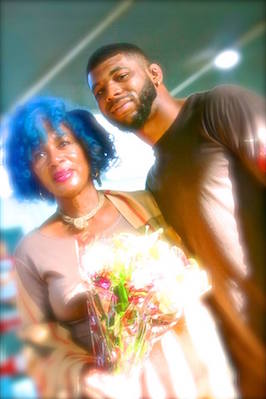 Throw it up y’all, throw it up, Throw it up
Let’s show these fools how we do this on that west side
Cause you and I know it’s tha best side..