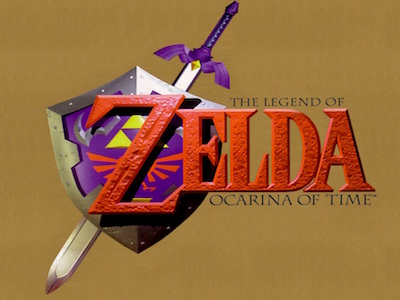 Normally, PC games are known to cost a lot of cash. In some instances, they do so thus leading to low engagement levels for long times among people. Consequently, most games that we pay for tend to lead to monotony as opposed to being interesting. For that matter, the online games come in handy where they have been considered the best games ever. Online games are also referred to as HTML games and are good to keep an individual busy at any given time. If you are having a busy day at work and you want to relax or you are idle, these games can be the best time killers. Gaming is supposed to be fun and with the best online games, you rest assured of that. They normally range from mindless amusement that includes robot unicorn attack amongst others. It does not matter which type of game you like, all this are available online.

Wonderputt is more of a golf-based online game. Even though not every person loves golf, this game is amazing and can make you change your mind in seconds. It has features that portray real golf events while online. While playing it gives you great perceptions of games such as mini ski slopes, UFO, and lily pads.

Frog fraction is a product of Berkeley developer and is more of a comedy and fun to play the game. This game is interesting especially if you can take your time to learn deeper. The more you get to know it the simple it becomes thus enjoyable to play

4. Legend Of Zelda: Ocarina Of Time

Legend of Zelda: Ocarina of Time is a 1998 game that has still caught the attention of many. It has been considered among the best games since then. Immediately it was released by the NES, it impressed many game players especially with its graphics and the gameplay. As the first game to be with 3D effects it is much enjoyable.

This game is among the games, you cannot afford not to play. It is simple and with amazing challenging facts as you continue playing. While playing the levels increase to impossible courses that leave wanting to hit more.

This game has received the biggest number of sales since its release. The Nintendo sold it for a game boy for over 20 million copies. It is a product of game freak and was firstly released in 1996 in Japan. It has numerous installments which include the earlier red and green, and the latest special edition Pokémon yellow.

This game has sold over 11 million copies since it was released in the year 1996. Super Mario 64 was published by Nintendo for its Nintendo 64.

Bejeweled was previously called diamond mine. It is fun with plentiful gems with different colors. This, in turn, creates a set of three. Bejeweled is a simple online flash game and can be addictive in many ways.

Considered as one of the craziest game ever played, it is much fun and also addictive at some level. Besides, it is the funniest game according to those who have played it. Playing it will only leave you wanting more.

It is also categorized under flash online games and is very interesting. If you love the old memories when bow and arrows were the real things, this game is yours. It is like a challenge where you are supposed to shoot your enemy. It educates on calculations where you need to calculate angle correctly to reach your target.

In summary, this selection is a reflection of what most people have loved sing when they were young. Also, it includes some of few latest games online. These games are a source of entertainment in many easy. Whether you are at work or just looking for something t keep you busy then you have got it.