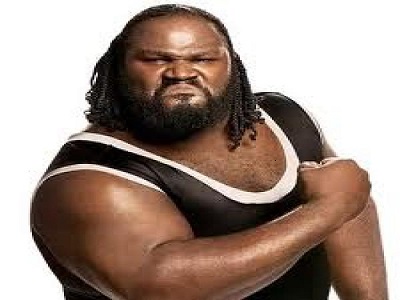 Mark Henry has been a WWE mainstay for a long time and it’s no surprise that he would defend WWE and pro wrestling staunchly. On a recent Joe Rogan podcast the comedian bashed wrestling and disrespected a form of entertainment millions of people love. As one of those millions Henry fired back on Sirius XM radio program ‘Busted Open’. Check out what he said with host Mark Dave LeGrace.

Joe Rogan basically started with this caution to overly sensitive fans that, whenever you give a disclaimer, you’re basically saying ‘okay get ready here comes the trouble’. I look the biggest part of this whole thing is Joe Rogan is a announcer. You have to know your role. Our announcers wouldn’t dare say anything about a talent and I think that UFC may need to kind of tell him ‘look man you’re bringing the heat on us’ A lot our fans are UFC fans and there a lot of UFC fans that are wrestling fans and you’re disrespecting the fanbase. That’s that’s the number one thing.

The second thing is he used the word ridiculous as regards to Jimmy Superfly Snuka’s splash. Jimmy is not here with us no more and I took that really to heart as being Ultra disrespectful. I guarantee you there’s a lot of fans of wrestling that will look at him differently after seeing what he said and in all of the negativity that came from it. He is a comedian and he might put it on the fact ‘I’m a comedian I was trying to be funny’. Well you’re not a good comedian because it wasn’t funny.

Who the hell is he? Who the hell is he to come out and say ‘well, technically, that hold would never work’. You’re so smart and educated, but you’ve never been to the top and competed against men and women that have excelled to be the greatest in the world. You can’t go on the air and criticize people when you’ve never been there. You can’t criticize something that you know absolutely nothing about. I’m not going to come on any show and break down jiu-jitsu, even though I’ve trained jiu-jitsu.

What do you think? Was Joe out of line? Here’s the Mark Henry interview: