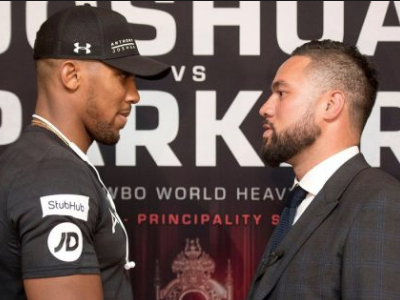 It is perhaps unfair to say that boxing has lost some of its lustre in recent years. Talk of UFC stepping in to host boxing events added to the perception that it is currently a sport in decline, or, at the very, least that it is one being mismanaged by those currently governing it. However, there have been plenty of bouts recently – Mayweather v Pacquiao, Golovkin v Alvarez, Mayweather v McGregor – that proved the appetite is still there among fans for huge events.

The current health of boxing as a whole is a matter of opinion rather than fact. However, it can be said with some confidence that the heavyweight division has been flagging in recent times, with few bouts capturing the imagination of the public as they did in the past. That may be about to change with the announcement of Anthony Joshua v Joseph Parker fight for 31st March. 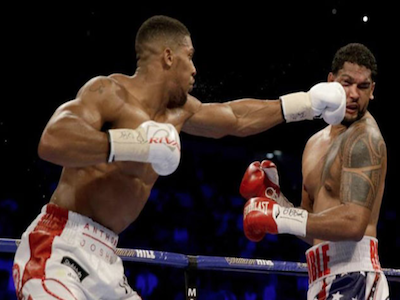 There has been a huge buzz generated by the fight, with the British press especially keen to build-up Joshua (20-0, 20 KO) as boxing’s next superstar. They have focused on Joshua’s quest to unify all five heavyweight belts. He currently holds three (WBA, IBF and IBO), whereas Parker holds the WBO title. Parker (24-0, 18 KO) has also added fuelled the buzz for the fight, using plenty of trash-talk to get the headlines and, seemingly, get under Joshua’s skin.

Joshua is a huge favourite for the fight, priced in around 1/8 by most major bookmakers. Parker can be found at a tempting 7/1 to win. Joshua has won every one of his 20 professional fights by KO however, so plenty of punters will be backing him to win with an early stoppage (1/4) Because of the hype around the fight, there are plenty of bookmakers’ promotions available, including Joshua vs. Parker free bets.

Joshua and Wilder could clash in the summer

Despite the huge amount of anticipation for Joshua v Parker, the renaissance of the heavyweight division is not hinging on one individual fight. It is rather the pieces that will fall into place once Joshua and Parker have finished their business. Should the fight follow the betting markets, then Joshua will be going after belt number five – the WBC title. It is currently held by Deontay Wilder, who faces Luis Ortiz for the belt on the 3rd March. 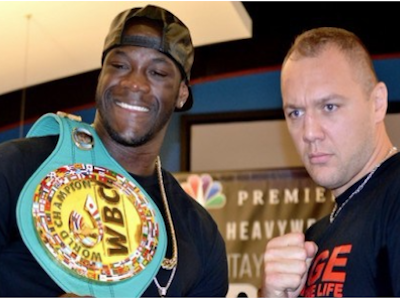 Fans of the heavyweight division are hoping that both Wilder and Joshua can get through their respective bouts unscathed, with the prospect of a mega-money fight to crown the undisputed champion in the summer. Joshua seems likely to get through his fight with a bit to spare. Ortiz is a tough customer though, one who could certainly cause Wilder problems. The bookmakers have priced Wilder at odds of 2/5 and Ortiz at 31/3. Not a sure thing by any means.

For the division as a whole, it does not really matter who wins these fights. The fact remains that there is an elite band of heavyweights once again. It means that fans are not depending on one of the Klitschko brothers coming out of retirement to fight every couple of years. It offers options for the top end of the division, especially with the prospect of Tyson Fury entering the equation again. A healthy heavyweight division could reinvigorate the entire sport of boxing. It looks to be heading that way.