Enzo Amore was released by the WWE for allegations of rape which started back in October of 2017. After getting canned for not notifying the WWE of the ongoing investigation he finally spoke up on Twitter by posting the following: 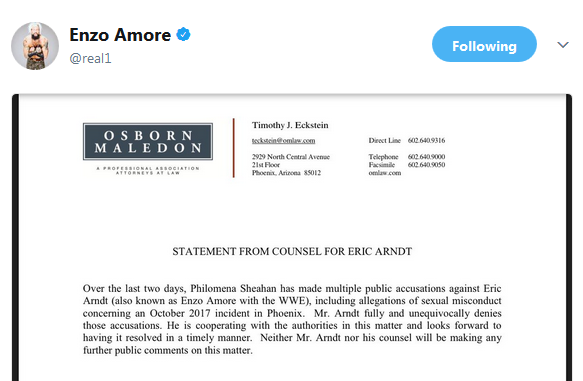 You can click HERE for the back story on the release.