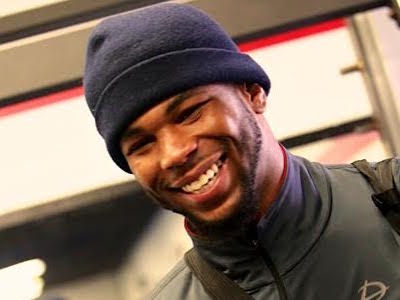 However today Bruce Lee’s new metaphorical branded adaptation with its allegorical lesson for our new time tells us to be more like Black Ice my friend and chill out until the next episode. The city of Compton will keep it bumping on Jan. 20 as their prodigal son Joey “Black Ice” Davis returns to the cage for Bellator 192. Bellator has announced Black Ice’s third episodic bout against his opponent Ian Butler who is currently 3-3.

Today wrestling champions such as Joey Davis are seen as the new commodities being recruited across the land to enter its cages. In analysis, today more then ever it is the renowned talents of the wrestler with their new respected hybrid fight form who are most respected throughout the world for its domination of mixed martial arts. The new hybrid of combatant fight styles can be seen in the expressed technique of “ground and pound” which was primarily developed and authored by MMA’s first generation wrestlers like Mark Coleman, Dan Henderson, Dan Severn and Mark Schultz.

Its personalities were the first to change the face of the MMA game and its sport. To better understand this new phenomenon it is essential to understand the linear development of its language as a fight form, which is rooted in the fundamental technique of the takedown. A great revolution is taking place within our combative community where wrestlers and its deadly fight form are integrating successfully into the mixed martial arts community.

Today you can see the great value of wrestlers with MMA fighters such as Ben Askren, TJ Dillashaw, Frankie Edgar, Sara McMann, Daniel Cormier, etc. All of these fighters and many more have come out of grassroots wrestling programs. Bellator 192 will also feature two other top ranked wrestlers who will carry its torch, childhood friend Aaron Pico and Missou Tiger Michael Chandler.

Many of Black Ice’s loyal fight fans recall Aug. 26, 2016, when Joey Davis first made his professional MMA debut in the Bellator cage against Keith Cutrone. Black Ice tattered and defeated his opponent via a three-round decision. Under its promotional Bellator banner Joey Davis was introduced as a four-time NCAA Division II national champion who was uncontested and undefeated through 133 straight wrestling matches.

The prodigy was introduced with a card carrying 5-0 amateur MMA clout record because you don’t leave home without it. Close to almost an exact year later on Aug. 25, 2017, at Bellator 182 it was Joey “Black Ice” Davis who stunned the world and defeated Justin Roswell with a power packed technical knockout punch in just over 90-seconds. The lesson was simple, Black Ice matters because Black Ice shatters with a historical match which took place at Turning Stone Resort Casino, in Verona, N.Y. Joey Davis’s MMA record now stood with back-to-back wins and no losses.

Olympic gold medalist Dan Gable was first quoted with the maxim that after wrestling everything else is easy, but young Joey’s life was anything but easy as a Compton youth who grew up on the mean streets battling against the child’s toughest personified opponents titled drugs, gangs and poverty. Compton had no junior wrestling programs so Joey wrestled on its streets building character and fortitude.

Little Joey had to stand up for the one point of escaping its drive-bys and being chased in the streets surviving takedowns by bloods and crips. In time wrestling as a sport was the perfect outlet for Joey “Black Ice” Davis, which chiseled and molded his new personality and character through the sport’s virtues as its essence. Blueblood royalty was in the house as his Pops wrestled at Cerritos JC after departing from Gary, Indiana.

Joey’s father influenced his way of being in the world where the sport’s virtue constructed an essential part of the young man’s early development. Joey’s life was radically altered with his dangerous mental edge toughness, the Black Ice lifestyle was sourced from perseverance, discipline and determination with a behavior that was visible in all aspects of his pursuit as well as his newfound benevolent connection with his beloved Black community.

Life was neither easy nor kind for Black Ice Davis. Every decade a new social report was released from the federal government that detailed the tragedy of growing up Black or Mexican as a minority in America, where two-thirds of its Latino or black children were either being raised without parents to become another statistic incarcerated in prison or incinerated in a city morgue.

For a black child in Compton to grow up economically disadvantaged then attempt to escape the systemic racial bias and stereotypes, which a sanitized white society hangs on the back of black families, was a rare find. Joey was not only rare but he was also a find whose mythic soul was supposedly only born once every thousand years.

African-American parents who raise black children recognize the peril; in our society its children are often ignored, until disaster happens, yet this disaster became its nemesis. The never-ending debate over welfare reform has been formed by the wide acceptance in recent years that children born into single-parent black families are more likely than children of intact families to fall into poverty and welfare dependence themselves in later years. It is these children, in fact, who face a daunting future with little or no opportunities. Yet Joey became a misnomer as the black voice of the ghetto.

It was only through the ever loyal presence of his father who refused to abandon little Joey. It was Joey Davis Sr. who provided his son not only with direction but inspiration with his given namesake; Joey Malcolm Davis was named after the slain civil rights leader Malcolm X because Joey’s father believed one day his son would also become a born leader like Malcolm X. Joey Davis Sr. secured for his son the opportunities and challenges that would mold him into a leader.

In the Summer of 2017 Joey Davis become an intern at LeBron James’ all-digital sports programming network, Uninterrupted. Uninterrupted Video disseminated its politicized response to President Trump’s racial agenda divide and challenged it through this Lebron James quote, “It’s not about dividing. We as American people need to come together even stronger.”

Building strength and power from tackling the adversary has been embedded in the Davis family for years, for what doesn’t kill us makes us stronger. Joey carried his battle ghetto war torn scars and its lessons deep within himself using the sport of wrestling as catharsis. The sport of wrestling has forever changed Joey’s life from a youthful six year-old participant to a well-trained groomed warrior who could respond to any of life’s battles as a challeng.

There are some destined spirits like Joey “Black Ice” Davis who live with the grace of God’s blessing redefining the Ancient Metaphysical Greek term of Telos with its meaning of having great purpose and destiny. Ancient religious Biblical manuscripts speak of such epic allegorical narratives through its teachings: “Of His kingdom there shall be no end” ouk estai telos (Luke 1:33). This is a black child who has battled upstream for so long fighting through so much adversity but his day has finally arrived. “Black Ice” Davis thy kingdom come…

Check out more photos from our day with Joey “Black Ice” Davis. All photos by yours truly, Joey Krebs…