Conor McGregor may have lost his boxing match to Floyd Mayweather Jr. but the battle still rages. Floyd has made excuse after excuse as to why the Irishman making his first boxing appearance wasn’t put away until the 9th round. Some boxing press members have even gone on record stating that Mayweather was saved by the ref at some point – but we can’t find it in the replays. Still, the two are going at it in spurts on social media and Conor has won the latest round with this photo of what appears to be a cowering Mayweather getting “rear ended”. 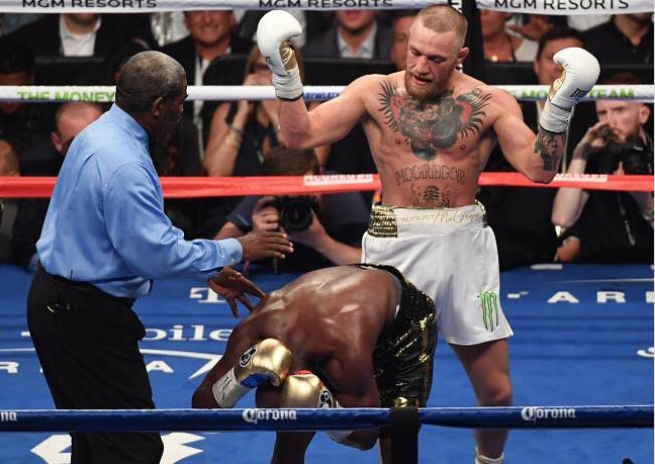