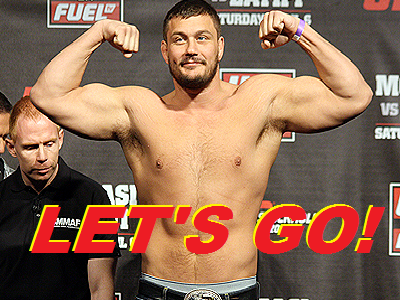 The Forum in Inglewood will play host to the Bellator Heavyweight Grand Prix kick off on January 20, 2018. Chael Sonnen will try to keep hope alive with a win over Rampage Jackson at Bellator 192: Lima vs. MacDonald in the opening bracket of a tournament that will crown a new heavyweight champion.

Bovada has Rampage at a mind boggling +1600 with Chael Sonnen at close behind at +1400. King Mo is set at +1100, and Roy Nelson was given a +600 matching  Fedor Emelianenko. Former UFC fighters Frank Mir, Ryan Bader, and Matt Mitrione come in at +400, +280, and +225. Meathead leads the way most likely due to his victory over former GOAT Fedor.

Some of those fighters were former middleweights and light heavyweights making for a very diverse tournament.