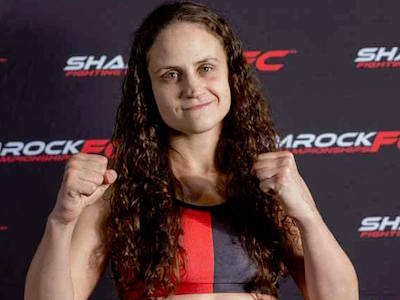 Nashville’s Shannon Goughary will be making her professional mixed martial arts debut on Dec. 15 in Clarksville when she faces Illinois’ Nikki Smith in an atomweight co-main event matchup for Angel Fight Promotions “Rising Stars”. We caught up Goughary to find out her thoughts on her opponent, why this was the right time to turn pro, what life is like for her outside the cage and more.

Thanks for talking with us at Pro MMA Now, Shannon. You’ll be making your pro debut next weekend in Clarksville for Angel Fight Promotions. Why was this the right time for you to go pro?

I’ve had 19 amateur fights between kickboxing and MMA. It’s been time to go pro for a while, I just kept saying one more amateur fight. I feel like I’ve run out of amateurs to fight and now is a good time.

You’ll be facing Nikki Smith in the co-main event. How much do you know about her and how do you see you two matching up inside the cage?

I really don’t know a lot about her. I’m comfortable where ever the fight can go. I love my stand up and I would prefer to stay standing and put on an exciting show but my ground game is very solid as well.

Angel Fight Promotions is now being called a feeder league for M-1 Global. What would a win on Dec. 15 mean for you and your career?

M-1 is an awesome organization and I think that’s great for Angel and his promotion. As for my career I am taking it one a time and I see where it takes me.

From your social media it looks like you have a great group of people around you. Where have you been training and who are some of the coaches you’ve been working with?

How did you get started in MMA and when did you realize this is something you wanted to pursue?

I thought MMA looked like fun since the first time I saw it. I took an intro level MMA class which was offered at my college for elective credits and I fell in love with it. As soon as the semester was over I joined an MMA gym and I’ve been training ever since. I don’t think I ever just decided to pursue it, it was always just I want to fight so I would take a fight.

Did you get in many scraps growing up?

Not really. I do this for fun. I love everything about it and I only fight because I like it, not any kind of street scraps or anything.

I’m taking everything one fight at a time. My last ammy fight I was seriously injured by an illegal knee and it came very close to ending my career as a fighter. I know things like that can happen at any time, fighting or training, and right now I am just super excited that I am able to continue to fight.

What is life like for you outside of fighting?

I work in a restaurant on the weekends and I train full time during the week. I have an 8-year-old son who is also very into jiu jitsu. He is usually there at the gym with me while I am training.

Thank you and best of luck on Dec. 15. Any final thoughts or shout-outs? 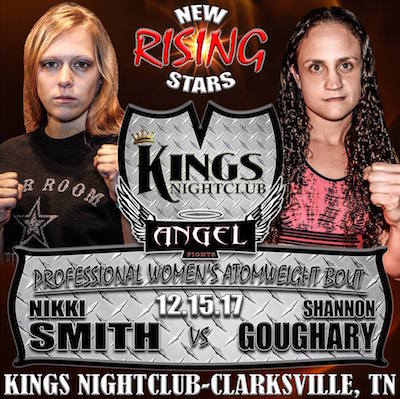