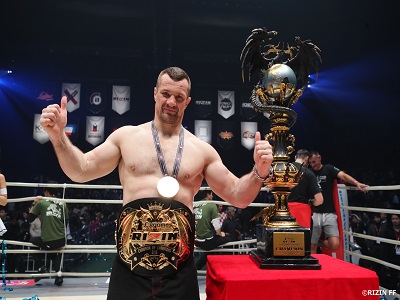 Mirko Cro Cop returns to MMA action in the Rizin organization squaring off against Tsuyoshi Kohsaka. The Croatian fighter hadn’t been seen in the cage for a year but his return was expected despite rumors of retirement. The event will take place on December 31st at the Super Saitama Super Arena in Japan.

Cro Cop is a Pride and Rizin grand prix champion and Kohsaka is a fellow veteran of Pride. This is an early look at the confirmed fights for Rizin FF 9: World Grand Prix:

More information will be released as it becomes available.