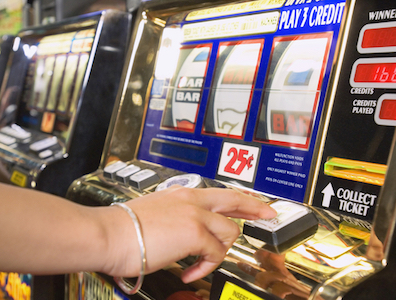 So I’m not going to lie to you that I sometimes gamble and my flavor of choice is slot machines. The sights, the sounds, and the payouts have me hooked. I was on Wink Slots today and it occurred to me how much analyzing fights to predict the winner is like watching the three windows of a slot machine spin. By the way Wink Slots has a huge variety of games to choose from. Starburst, Rainbows to Riches, and 7’s to Burn are three favorites. And just like how fans have different fighters they are drawn to, there are certain games Wink Slots players will like better than others.

But let me explain how picking fights is a lot like watching a slot machine spin.

You have three categories you can look at when you are analyzing fights.

Those may not be yours but they are mine. Here’s how it works for me and maybe you can start using it for your own method.

Win/Loss ratios are crucial and I don’t mean overall necessarily. I’m talking about big show results with big show opponents. Guys like Ron Sparks who decimated opponents in brutal fashion and then faltered on the Bellator big stage in money fights are prime examples. If I would have looked at all of Ron’s fights including his win over Mark Holata in the Bellator season 5 quarter final I would have bet big money on him against Eric Prindle. I would have watched the first slot machine window spin like twice, watched the result land, and gotten a quick and easy result. What I needed to do was let it spin for a bit, take a look at the big picture. If I only looked for a brief moment I wouldn’t have seen the previous opponents had little to no experience or losing records for the most part. Prindle smashed him and Ron was never the same again. Lesson learned. Pull the handle, let the wheel spin for more than a few rotations in your head, and when it clicks in to place you should have a solid understanding of a fighter’s background using what I mentioned above.

When you talk about decisions it inevitable comes down to judge perception. There are plenty of fights where one fighter is moving forward and the other is counter punching on their heels. The counter puncher is landing more shots but it appears that the aggressor is doing more work. So if I only use the win/loss ratio to base my decisions on I’m going to screwed. Pull the MMA slot machine handle and let the wheel spin more than a few times in your head. You have to look at how a fighter pushes forward against a variety opponents. If you watched Babalu vs. Chuck Liddell fights one and two then you can see what happens when someone tries to push the pace against a more aggressive opponent. It never ends well just ask Chris Leben about when he tried it with Anderson Silva. I bet on Holly Holm against Ronda Rousey because Ronda had no business chasing down the better striker, but she did it anyway.

Finally, defense comes in to play. Pull the handle, let the slot machine wheels spin, and pay attention. Georges St. Pierre has incredible defensive skills when it comes to controlling an opponent’s attempts to get him to the ground. He can also put them there at will most of the time so how do you when he’s in for trouble. If he’s bigger than the opponent and either stronger, or quicker then you can almost immediately give him the advantage if skills are close in grappling. If the opponent has comparable grappling a guy like Johny Hendricks will give him trouble all day in the striking department. You can’t just look at Johny’s record though and gasp at his KO over Jon Fitch and assume he’s going to do the same. Let the wheel spin in your head long enough to examine his record on the big stage. Look at his takedown attempt ratio and his takedown defense ratio. If it’s high against competent grapplers then you can give him the advantage most of the time in striking.