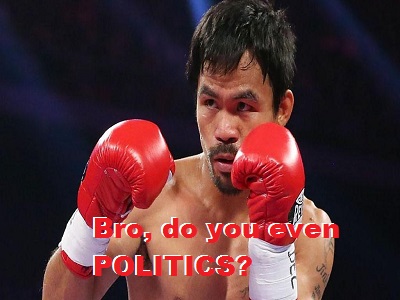 Horn upset Pacquiao to the shock of Manny fans everywhere back in July. Pacquiao initially exercised his rematch clause before withdrawing citing political office responsibilities. Regardless, Terence Crawford is getting set to make his welterweight boxing debut in early 2018 and Jeff Horn will defend against Gary Corcoran of the UK in December. The plan is possibly for Crawford and Horn to meet in late 2018 if they are both successful in their upcoming bouts with no Manny return date even being legit rumored. Here’s what DuBoef told Boxing News.

I think it’s wait and see. Right now (Pacquiao)  is predominantly consumed with his job of being a politician and I think probably the best thing to do is wait and see what he wants to do and what his intention is and how he wants to proceed. Because now he’s an elected official, he’s there for the people, that’s his primarily role. We are sitting here. We wait for him to let us know what his intentions are and what he feels like doing and then we go from there.

Horn’s not waiting for Pacquiao and Terence Crawford’s not waiting for Pacquiao. The welterweight division is a wonderful division, all these guys are wonderful athletes. They’re not going to wait on guys. If he wants to dedicate himself to the people in the Philippines, that’s what his duty is, that’s what he should do and if he wants to come back and have a fight in the fall or the spring, winter, whatever it is, obviously we love working with him and his team and facilitating his boxing career.