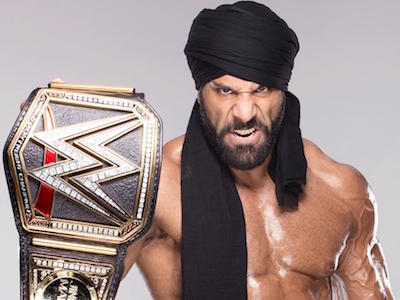 On Sunday, Oct. 8, 2017, Jinder Mahal retained the WWE championship against hot fan favorite, Shinsuke Nakamura. The result of the fight surprised many as Nakamura is one of the biggest fan favorites in WWE today. The decision of the match made it clear that WWE is still trying to develop their market in India. But is it working?

Per Forbes since the installation of Jinder Mahal as the WWE champion, WWE has not gained any significant rise in WWE Network subscription or merchandise sale in India. However, WWE is still expected to push the Canadian-Indian star in hopes to create a major commercial market in the largest democracy on the planet. The decision to push their market in India makes absolute sense, as the majority of population in India today is below 35. Hence, drawing their attention to the glamorous world of professional wrestling won’t be difficult. On the top of that recent government policies have made it slightly easier for foreign investors to establish business in India.

But, is the move working? As stated above since the installation of Mahal as the WWE champion there has been no significant rise in the WWE Network subscription or merchandise sale. Then why is the WWE still pushing Mahal? The question was answered by a WWE representative (via Forbes). “India is WWE’s top market in the world for TV consumption, #1 for Facebook followers and #2 for YouTube viewership, so it’s logical to believe that as the middle class grows and mobile usage explodes, so will the monetization of our brand,” the WWE rep stated.

This sheds some light on the situation. Jinder Mahal is given the gimmick of a Punjabi maharaja, which is something WWE thinks will help Indian audience connect with the WWE.

But will it work?

When you talk about India as a nation, you talk about the existence of many cultures, mindset and languages in the same country. Two different states in India will have two very different festivals, language state holidays, etc. So representing the entire nation by simply putting one culture and language behind a guy who’s not even Indian by nationality won’t really draw the masses. In fact, the one dimensional approach might have the reverse effect.

Having a maharaja gimmick might attract the North Indian crowd but will have almost no to counter effect on the South and north-eastern Indian states, more than 1/5th of total population. Most South Indian states have weak command over Hindi. Hence, they will not be able to bond over with Mahal as well as the other states might.

Leaving out South Indian states will cost WWE a lot of business. This is so because in the majority of North India states the rural population is way more than that of urban population. The rural population can certainly subscribe to the YouTube channel and hit WWE up on Facebook, given how easily internet is available these days, but will they be buying WWE merchandise or WWE Network? HELL NO. If WWE wants to see a flourishing growth in WWE Network and merchandise sale they will have to unite the urban population which is divided in the form of clusters across the map. To pull that off it will take exceptionally good mic skills and a charismatic personality, something Mahal hasn’t displayed yet.

The language and cultural barrier isn’t even the biggest problem in having Mahal as the face of the Indian market. The biggest problem is that Mahal is NOT AN INDIAN. The reason why Mahal winning the WWE championship hasn’t created waves in India is because of the fact that Mahal isn’t Indian. Even North-Indian states will buy into the gimmick. In the age of internet it’ll take people less than 5 minutes to find out that Mahal isn’t Indian. Having Mahal might get them a few minutes of attention from Indian masses but I doubt it will create the same effect when Khali became the World Heavyweight champion back in 2007-08.

That being said, WWE is extremely popular in India. It has serious scope of development and the country can clearly be one of the major subscribers of the WWE Network but it won’t happen in a matter of few months. WWE management is clearly expecting a major growth in WWE Network subscriptions by pushing Mahal but in my opinion the impact created by him is almost negligible, having him as the face of Indian market in WWE will make no difference.