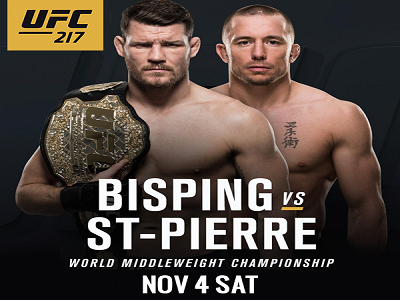 Georges St. Pierre fighting Michael Bisping at UFC 217 in New York is already kind of a WTF moment with so many contenders in the middleweight division just circling the wagons. If GSP beats Bisping for the UFC middleweight title he is already planning his next fight apparently via the Irish Mirror:

I think what will be probable is that he will call out Conor after… That’s what I would do. I think for the UFC, it’s a really smart fight to do. It’s a win-win for them. Well, win-win, kind of, for short term.

That’s right folks. The potential new middleweight champ GSP will call out lightweight champion Conor McGregor and Conor will accept causing both of them to lock up the divisions again for another “super fight”. God help us all.