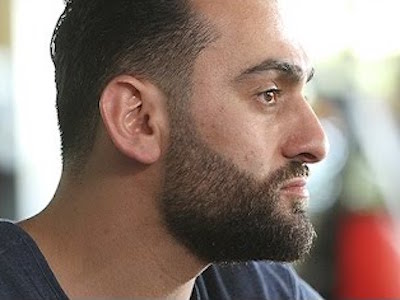 Edmond Tarverdyan, Ronda Rousey’s beleaguered coach, has made headlines after going on the MMA Hour and stating that he still would like Rousey to get into the ring with Cris Justino, also known as Cyborg.

His obtuse opinion suggests that he doesn’t give two figs about Rousey’s well-being, and he is fielding heavy criticism and outright scorn from the MMA community. With good reason, too: his corner work is terrible, and Rousey, an unbelievable talent, has never learned the correct fundamentals of striking under Tarverdyan’s tutelage.

The Coaches Anger Tarverdyan the Most

The MMA Hour saw him striking out at all of his critics, but he singled out the coaches particularly –it’s clear that their comments have hit him where it hurts.

Tarverdyan spluttered that he would be naming names so that his critics would shut up, quote unquote, and know what he was talking about. Duane Ludwig was made mention of, and Tarverdyan said that they knew nothing, and talked too much.

He mentioned the CSA gym, Kevin Ross, and people who trained there, and said that they were all talking rubbish, and he was furious that they posted a video of how he was talking to Travis Browne, commenting that Tarverdyan should not be swearing at the fighter, and should give him advice instead.

The fact that Tarverdyan is refusing to listen to the commentary made by coaches with proven pedigrees, established track records, and actual mastery of the fundamentals of striking is bizarre. Even coaches that are trying to give Tarverdyan the benefit of the doubt have acknowledged that the corner work in the Nunes bout, which punters who placed bets via NZ betting sites will well remember, could not have been any worse. Tarverdyan’s not done though –he actually has insisted that his appalling cornering is both good and correct.

Tarverdyan Knows How Travis Browne Needs to be Spoken To

Tarverdyan spluttered that he knew exactly how to talk to his fighter, and lashed out a little more, saying that how could he not know, when he was Browne’s trainer? He stated that he trained Browne each and every day, and knew exactly how to speak to him, and wondered how anyone could possibly know how to do better.

Tarverdyan Claims to be a Top Trainer

Tarverdyan then started listing his abilities as a trainer, stating that he had taught Vic Darchinyan, ten-time World Champion in boxing, and that he had spoken to him calmly in the corner for every round of his fight. He explained that this needed to be done because Darchinyan was so aggressive, but he knew what his fighters needed, how to get them over a bad workout or out of a bad headspace, and would give it to them come hell or high water –or any kind of criticism, it seems.

Even Ronda Rousey’s mother has criticised Tarverdyan, and, ranting aside, the trainer has not in fact managed to forge any sustained level of success with any fighter other than Rousey. He adamantly insists that other coaches should not be taking him to task via their Instagram pages, no matter how well-regarded these trainers may be: Kevin Ross, Cub Swanson, Duane Ludwig, and TJ Dillashaw making up this group. Unfortunately for Tarverdyan, this respected group of coaches consider exposing bad trainers a duty, and will continue to call it when they see it.