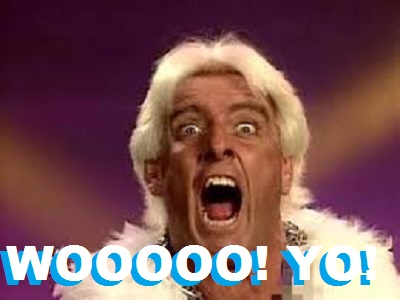 Still in the hospital after a serious medical emergency, Ric Flair said see ya to manager Melinda Morris Zanoni and Legacy Talent Entertainment. He announced the split via Twitter and later followed with

I’m looking forward to the new beginning and the great opportunities that await me. WOOOOO!

He is now managed by Get Engaged management in Atlanta. The 68 year old Flair picked a management company with a history of hip hop culture based advertising… The jokes passed around about this are priceless mostly referencing a possible lack of oxygen, delusions, and other conditions related to old age as the reasons for picking a rap focused company. Then again, the rap world loves them some Ric Flair.