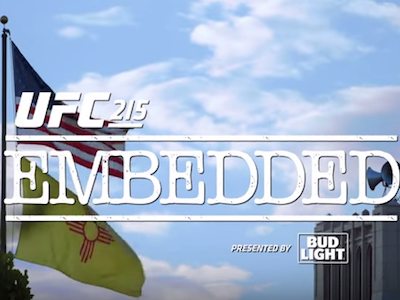 Go behind the scenes and into the training camps of UFC champions Demetrious Johnson and Amanda Nunes as they prepare to defend their titles this weekend at UFC 215 in Edmonton, Alberta. “Mighty Mouse” will look to break Anderson Silva’s record of most title defenses when he faces top flyweight challenger Ray Borg in the main event. Nunes returns for the first time since knocking out Ronda Rousey in her first title defense last December. She will face top women’s bantamweight challenger Valentina Shevchenko in a rematch after defeating her via unanimous decision in March 2016.