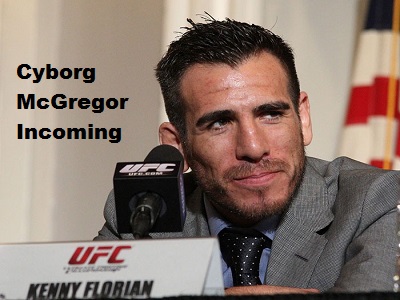 Kenny Florian made a declarative statement about Conor McGregor’s UFC future. The comments came via UFC on FOX and KenFlo seems to believe we get an upgraded McGregor after he fought Floyd Mayweather Jr.

I think Conor is going to learn so much from this. He’s going to come back to mixed martial arts I think even sharper, even stronger mentally, stronger physically. He’s going to be an absolute beast because there’s so many lessons that you can take away from fighting a composed and clean fighter like Mayweather.

He’s not going to make $100 million in the UFC but there is still huge fights. You can fight a Nate Diaz in a trilogy fight which would be huge. I don’t think $100 million huge, but is it always about the money? I think it’s the challenge. I think Conor realizes that’s an extremely marketable fight. I think Nate Diaz deserves it. They’re one-and-one. You have a championship fight at 155lbs for the belt against Nate Diaz. I love that fight.