I think it was no-brainer who Conor McGregor would be facing next after losing to Floyd Mayweather Jr. on August 26th. Chael Sonnen told the MMA Hour what we all probably expected.

I do think Nate Diaz is going to be next. I’ve got a little inside information. 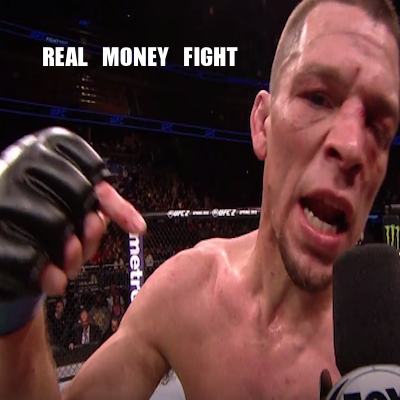 Diaz beat Conor at UFC 196 by submission before losing the return bout by majority decision at UFC 202 to the Irishman. Chael even said he knew when it would probably happen.

I think that’s going to go down in late December but what I respect about Conor – and he actually brought this up with you when you guys did the one man show – he said: ‘We’ve got one a piece so we have to go for the third’. Well, that’s a guy who respects the history of the sport and as much as he’s paving his own path, he respects the tradition.

And he’s right. When you’re one a piece, you go to the third. That’s what the sport says, that’s what history says and it’s the right thing to do. I think he’s going to do it.

The bout is going to be at lightweight according to Conor in a recent interview.

Everyone and their mother is calling out McGregor because they know he does big numbers on PPV. It means more notoriety and cash for his opponents so why wouldn’t they?