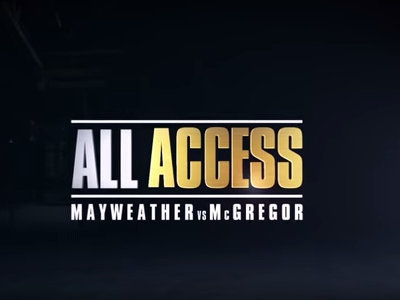 Nope. No McGregor vs. Malignaggi footage airing on Showtime’s All Access. Check out the video and then what Showtime execs had to say about the whole debacle.

Conor McGregor knocking down former boxing champ Paulie Malignaggi in a sparring session is now sort of the Zapruder film of the sport. The footage showed what appeared to be a knockdown by McGregor, but Malignaggi has vehemently denied it saying it was a push.

Showtime’s All Access special on Mayweather vs. McGregor was to include the Malignaggi vs McGregor sparring session or at least a small chunk of it. Recently, UFC president Dana White accused Showtime of rejecting the footage and said they didn’t want it to air.

Stephen Espinoza, executive vice president and general manager of Showtime Sports said it was actually Conor McGregor who decided the footage would not be shown.

It was a series of sort of spliced-together McGregor highlights, eight or nine seconds each. We didn’t want to use the whole thing. It was sort of repetitive. We were told if we didn’t use the whole segment as they edited it then we couldn’t use it at all. So in the end, Conor’s camp withheld permission for us to use it. Otherwise, we definitely wanted to use it. There was no intent to protect Paulie. We just wanted to cut some of the clips because it was pretty redundant, repetitive stuff.

Then Sporting News provided this additional quote from Espinoza on Dana’s claims.

Dana’s misinformed here because we were dealing directly with Conor’s team on this. We did not receive as Dana said, a ton of footage. We received a few short clips. Roughly a minute total which were provided by the Conor camp. We reviewed them and were very interested in using them and including them in “All Access”

Fans are speculating whether or not the footage Dana White released on Instagram is unflattering to McGregor or the Irishman simply wants to guard how he is presented to protect his image. It might also be that a Paulie Malignaggi vs. Conor McGregor bout may occur in the future.