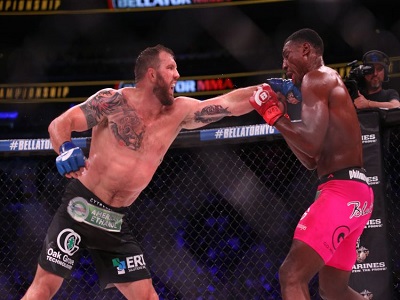 It’s official. At Bellator 186 light heavyweight champion Ryan Bader will face Linton Vassel. The Bellator event will be held at Penn State University on Nov. 3, 2017 and it is the first to be held at the location.

Vassel is coming off a big win against former champion Liam McGeary at Bellator 179. Bader won his title at Bellator 180 by defeating Phil Davis via split decision. Davis will also be on the card along with Ed Ruth. They are both proud PSU alumni.