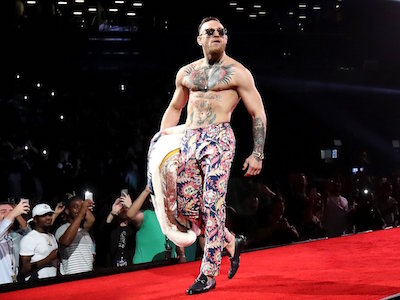 In case you need a reminder – Conor McGregor is fighting Floyd Mayweather Jr. on the 26th of this month in Vegas. After the Paul Malignaggi drama that saw him exit in ugly fashion it appears Conor may need a new sparring partner. Out of nowhere the fighter everyone believes is from the future stepped up on Twitter.

. @TheNotoriousMMA need another sparring partner to test your skills against? 📞……………….

In case you don’t know who Vasyl Lomachenko is check out this video.

Lomachenko may be the closest thing Conor can get to fighting against the defensive mastery that Mayweather possesses. He is 29-years-old and a two-time Olympic gold medalist. Lomachenko is on a completely different level, and no offense to Malignaggi, but he can’t hold a candle to Vasyl.  My advice – don’t do it Conor unless you want to be completely demoralized.