Conor McGregor’s main sparring partner Paul Malignaggi said goodbye after Conor posted some photos of him that made it seem that he was massacred by the Irishman. 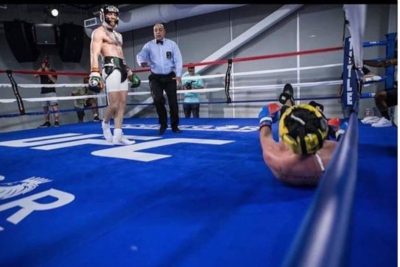 Not one to let it slide, Paul posted this response claiming that he was the one doing the whipping and the cameras in the gym would tell the true tale. 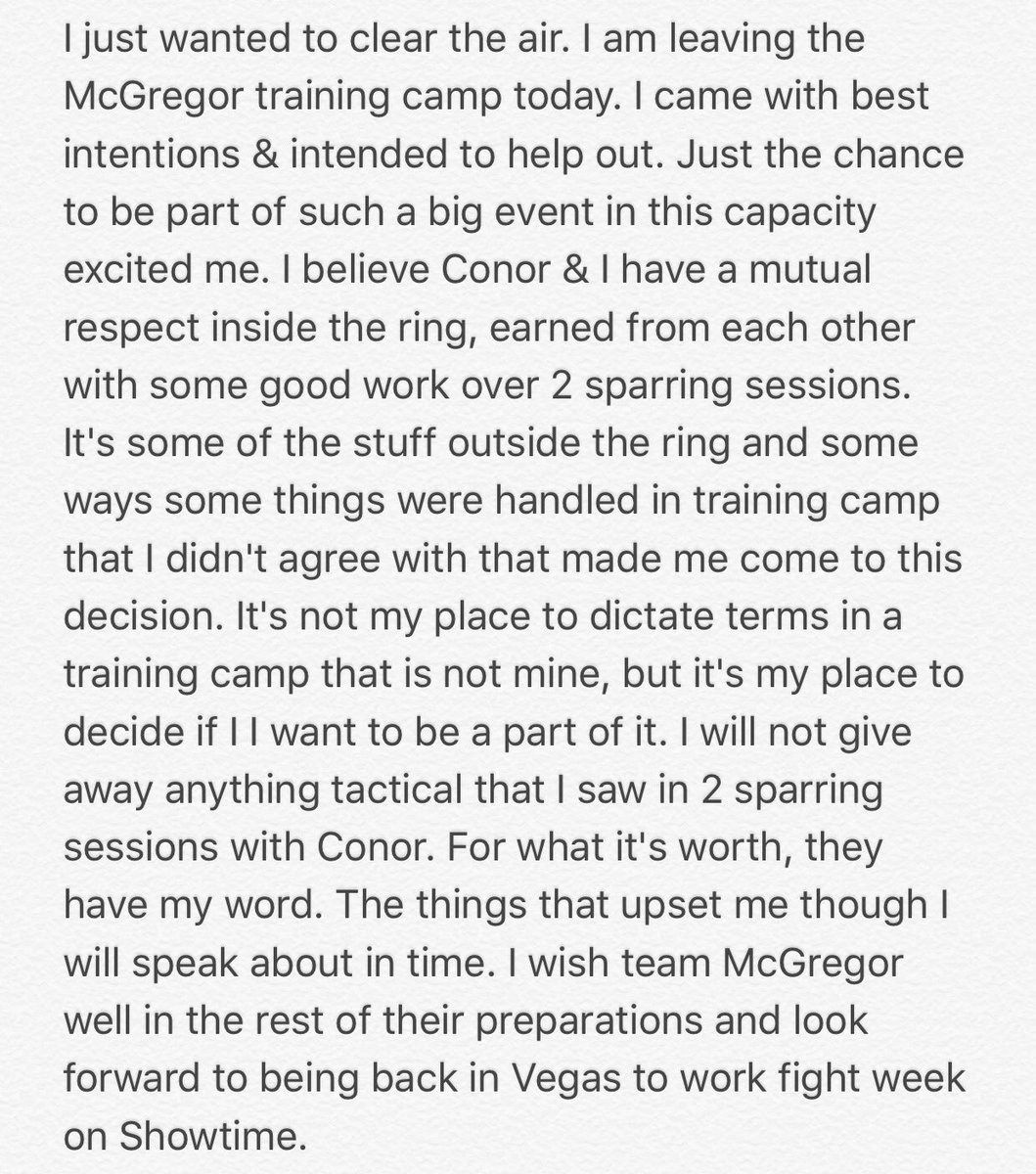 Later he would reveal on Twitter why and it makes sense. Here are some excerpts.

I came to help this camp out, not to be exploited, now your gonna get the truth though. Post FULL UNEDITED VIDEO FROM TUES night #Ethics

The @ufc PI has cameras all over the gym recording 24/7. The video exists UNEDITED of rounds 1 through 12 Tuesday night, let the fans see.

The pics cause the media to rush me for answers, unlike u I’m not an irrelevant nobody, pics of me cause a media rush I can’t avoid, get it?

Nah I pretty much talked shit that whole sparring session while I beat the breaks off him, the push down was his frustration from it.

The push down was apparently what appeared to be a knockdown in the photo at the top. It made for such a dramatic photo that who could blame the camp for sharing it. It will boost interest by making Conor look like a beast ahead of his August 26 bout with Floyd Mayweather Jr. in Vegas.

What do you think? Is what McGregor’s team did unethical?