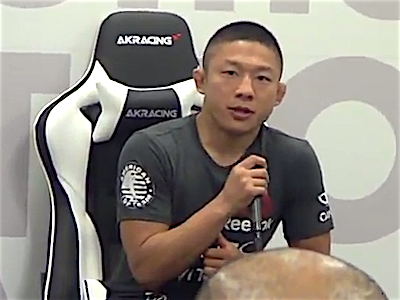 The full Rizin FF 6 card featured 11 bouts in all and you can review all the results here.

Pro MMA Now correspondent Dan “The Wolfman” Theodore was on scene at Saitama Super Arena for all the action and caught up with several of the night’s big winners and their opponents at the post-fight press conference. Check out the video below.

Also, Dan “The Wolfman” caught up with Miyuu Yamamoto, the 42-year-old older sister of Japanese legend Norifumi “Kid” Yamamoto, who picked up her first professional win with a unanimous decision over Invicta FC vet Cassie Rob.  Miyuu was accompanied by her son Erson Yamamoto who is also a professional MMA fighter.