Duke Roufus is currently the coach of CM Punk at Roufusport and he started some pretty big buzz about the possible return of Punk to The Octagon. He released this photo on Instagram yesterday (July 31) and it appears he may be announcing that Phil Brooks aka CM Punk is returning sooner than later to the UFC. 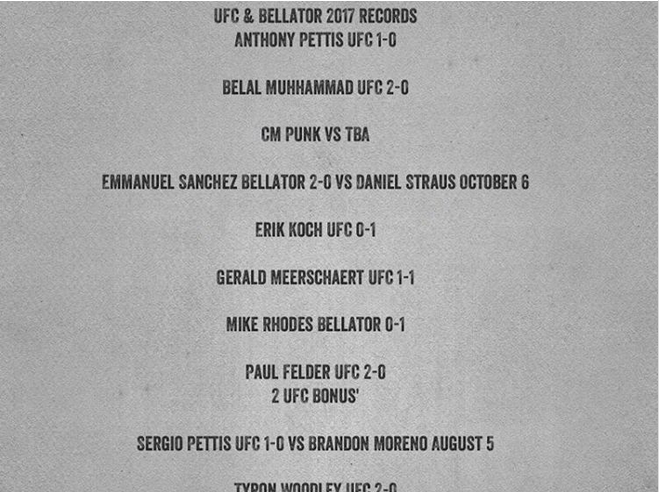 In a Twitter exchange between Mike Dyce and Mike Rhodes, Rhodes was quick to discredit the photo as nothing more than a status update and not as a statement of Punk’s imminent return. 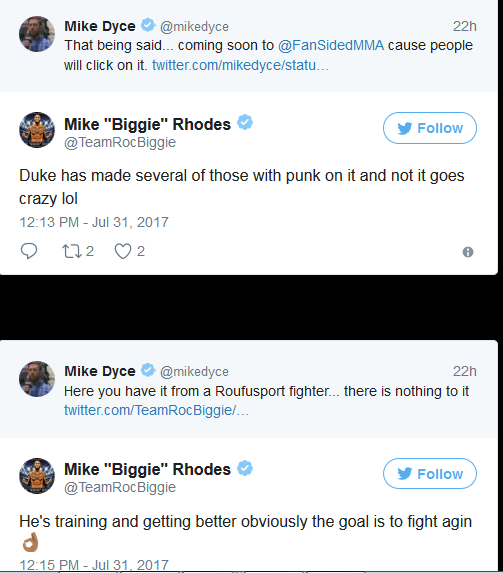 What does it all mean? Well, it probably just means what we already know being Punk is training for another fight and soon could mean six months to two years. After his quick submission loss to Mickey Gall in his first outing it is probably going to be later than sooner before Duke feels he is ready this time.