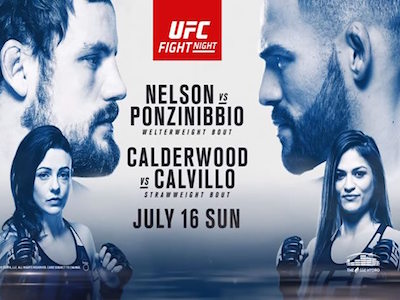 Once upon a time, the UFC had an open sponsorship policy. This meant Ed Herman could have CondomDepot.com across the front of his trunks. Rich Franklin could promote the American Fighter clothing line and Tito Ortiz could push his Punishment Athletics all by just wearing fight gear. Some fighters claimed to have total sponsorships up in the six figure range and they weren’t even main event fighters. Those days are long gone and possibly the reason for so many fighters becoming free agents. The Reebok sponsorship exclusivity has been a focal point for controversy and fighter displeasure. The latest event, UFC Fight Night 113 ‘Nelson vs Ponzinibbio’ saw Reebok sponsorship money arrive at the dismal amount of $77,500 total. Imagine being one of the long time UFC fighters like Vitor Belfort, Chael Sonnen, or Anderson Silva and seeing these figures.

Now, In the good old days before Zuffa, sponsorships in these amounts would have been unheard of. It was “cock fighting” according to some political morons which gave the UFC a bad name. Zuffa comes in and it explodes. What is the point of that flashback? These payouts are not good when you look at the main and co-main event money for 2017 fighters. Before Reebok came in it would be realistic to think the four main event fighters would receive a minimum of $15K a piece even if they had a d-level manager. I know how much some of the fighters were making way back at UFC 51 and it was more than this by a mile. These sponsorships are not even close to acceptable and after you look at these numbers you may agree.

Hopefully Bellator will be able to attract more A-level fighters by allowing big money sponsors to continue and back the athletes they choose.