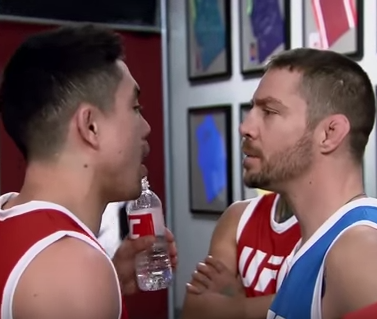 Duane “Bang” Ludwig at one timed served as a coach at Team Alpha Male but left the team and took one of their star fighters, TJ Dillashaw, with him. The bad blood between Team Dillashaw and Team Garbrandt reached a boiling point on the most recent episode of The Ultimate Fighter season 25 when longtime Alpha Male coach Justin Buchholz and bantamweight champ Cody Garbrandt confronted Ludwig about the issue.