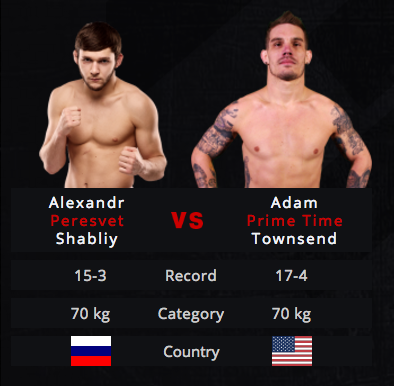 Townsend has knocked out his last three opponents in a row, most recently stopping Marcus Edwards (12-5) in the third round at LFA 5 in February. Before that he had a win over UFC vet Junior Assuncao (16-6) at welterweight last July. At 28-years-old, “Primetime” has been successful at several weight classes and is without a doubt one of the top pound-for-pound talents on the U.S. regional scene.

Shabliy was on a seven-fight winning streak before dropping a split decision to Eduard Vartanyan (17-3) at ACB 49 last November. Prior to that he knocked out Honolulu’s Michael Brightman (15-9) in 67-seconds at ACB 41 in July 2016. “Peresvet” has been dominating on the Russian regional scene and is quite well-rounded. With 15 wins to his credit, they have all been stoppages, eight by knockout and seven submissions.

Check out the full ACB 62 card below: 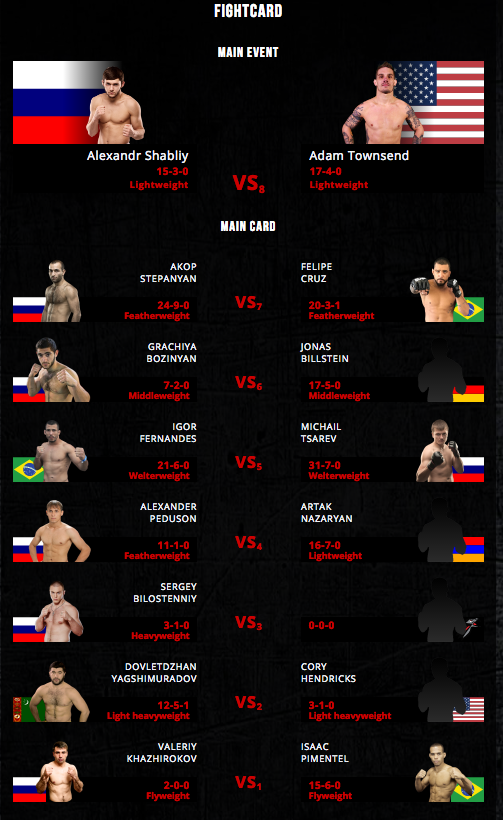