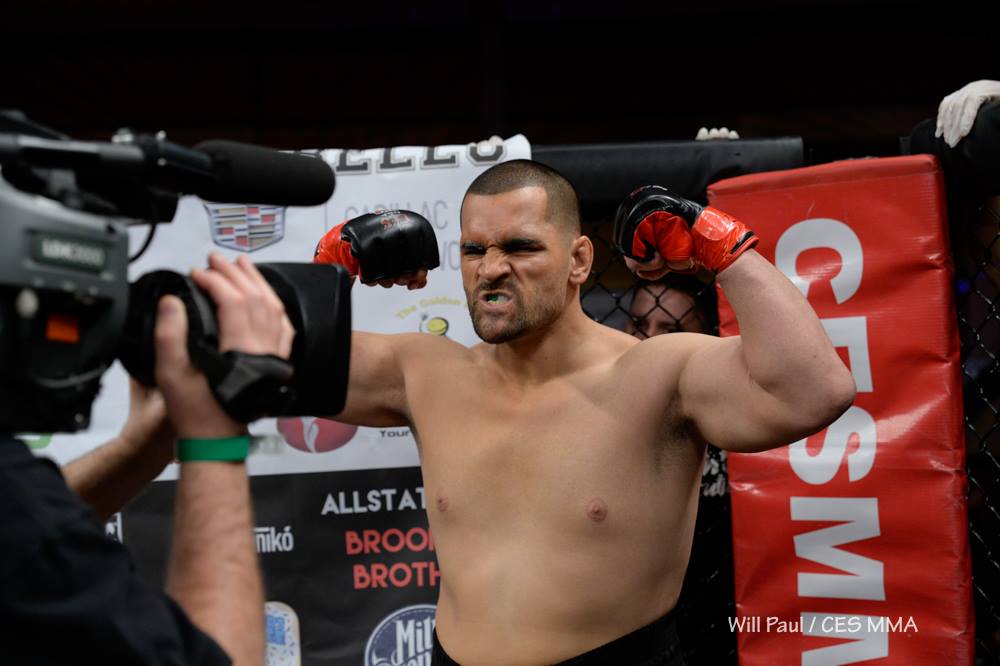 After Greg Rebello improved to 22-7 with the 16th stoppage of his career at CES 44 in Lincoln, R.I., LIVE on AXS TV Fights, the hard-hitting heavyweight contender spoke with ProMMANow.

How does it feel to get the win over Kevin Sears Jr., who you of course submitted after three rounds of him taking heavy punishment last weekend?

Super tough. I expected to end it in the first round, but he just kept coming. He can take a beating, man. I would’ve liked to finish him earlier, but I can’t be too mad at the way it ended. I prefer an early knockout, but a late submission is alright too (laughs).

Is the UFC next?

I hope so, man. They want finishes, and that’s what I do. They got to see a lot in that fight — a lot more than a knockout, which is what I’m known for around here — and my management team at Iridium Sports Agency is working really hard to make it happen. I don’t know (laughs), but I sure hope so.

If Dana White is reading, what would you like to tell him?

That’s a tough question (laughs)! Sign me! What else do I have to do? They like guys who fight and, if you watch any of my fights, I go after it! I don’t play it safe; I try to knock guys out. At all times I’m trying to finish guys, and that’s what they love. Why wouldn’t they want me? I can throw bombs and, apparently, I can submit guys as well (laughs).