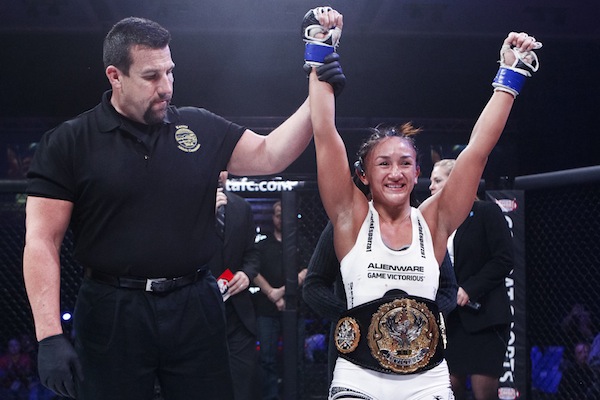 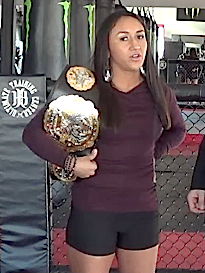 The last time former UFC and Invicta FC strawweight champion Carla Esparza knocked out an opponent is when she stopped Lynn Alvarez in the first-round at Invicta FC 3 back in 2012. However, the 29-year-old “Cookie Monster” recently gave a fan a solid left hook to the jaw that might have KO’d a lesser opponent, especially if they hadn’t asked for the former champ to take it easy on them.

Fans asking for UFC fighters to leg kick them, choke them or punch them in the arm is nothing new. But we don’t recall any asking for a shot to the grill before, and according to Esparza, this “kinda cute” nut liked it! Good thing she had him sign a waiver! Take a look!