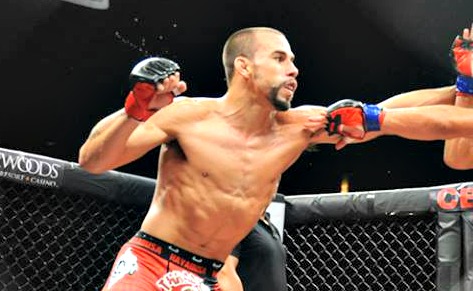 Before Sean Soriano has his long-awaited Rhode Island homecoming fight versus Jacob Bohn at CES 44 on May 12 in Lincoln, R.I., LIVE on AXS TV, the UFC vet checked in with ProMMANow.

How does it feel to be coming back to CES May 12th?

To be honest, it feels great. It’s my first time fighting in Rhode Island since 2012.

Does it add pressure to be fighting at home?

Oh, I’m going to finish this kid, for sure. I’m going to start proving that I’m at a different level than these guys. All respect to Levon Makashvili, but I made one simple mistake in that fight. If not for that, I would have kept dominating. But I’m trying to show that I belong and where I belong. Seeing my friend Andre Soukhamthath getting into the UFC has given me a bit more motivation heading into this fight, so I’m just trying to catch back up. I’m going to show it.

What should fans expect fight night?

The same fire that I always bring. Even if the outcome isn’t the one I wanted, you can always expect a fight from me.

To be honest with you, I would like to get three wins. I’d like to be 3-0 this year. Check off these wins and next year focus on getting back into the UFC with however many wins it takes.