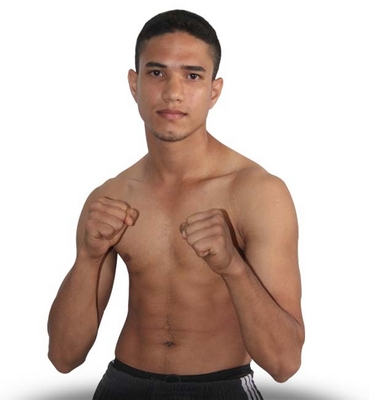 Mohd Farhad Rafiq is one of the most talented Indian MMA fighters today. The-knockout-artist was one of the three Indian fighters who competed on the first event of Brave and he was the only one who got the win on the card. Mohd stands with a decorated record of 8-2, with all his 8 wins coming by knockout. He will be returning to action on April 23rd, this Sunday, on Brave 5 to go one-on-one against fellow Indian fighter Irfan Khan. We caught up with Mohd at the open workouts and Friday and he took some time to answer a few questions about his upcoming fight.

What are your thoughts on your opponent?

My original opponent was supposed to be Aziz Junaidan. He had fought for the championship in Desert Force. So I was very excited for the fight. But unfortunately, as it happens in full contact combat sports, my opponent had to pull out. His replacement was announced as Jeremy. Then my training partner’s opponent pulled out, so then the federation put Jeremy against him. Now I will be facing an Indian fighter, Irfan Khan. When I started MMA, back in 2013, he already had a decent record. But now things are different. I am at another level. At Sunday, I am going to prove that he isn’t the better option for me and that I deserve better. I will prove this on Sunday night.

You’re the first Indian fighter to secure a knockout win at Brave. Now Brave is in your country. How does it feel?

It feels pretty good. I have a lot of support in Bombay, it is my hometown. My excitement was at an all time high but now that my opponent has changed my excitement has come down a bit.

Does the immediate change of opponent affect your game plan?

If it’s a better opponent then it affects your game plan. What I practice, my opponent practices. I read my opponents. In this camp I was training with Team Relentless, there I just worked on my techniques so this time it didn’t affect me much.

Do you know Irfan Khan? Do you have any history with him?

I have already told everyone that they’re welcome to watch the event. They can get the opportunity to watch me live. And I am sure they will be there, as far as I know.