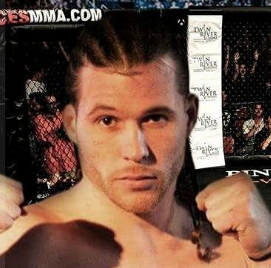 Before top New England prospect Billy Keenan enters the cage for the final time as an amateur at CES 43 on April 15 in Beverly, Mass., LIVE on FloCombat, the Massachusetts fighter checked in with ProMMANow.

How excited are you for CES 43?

I took about a year off from my last fight. I had to clear my head a little bit of certain things, after my mother died. That makes this fight special. It’s something that I’m doing for myself. Today is the one-year anniversary of my mother’s passing, so at my fight next weekend I’m hoping to use it as fuel. I’m ready, I’m excited. I can’t wait to get back in there and show everybody what I’ve been learning.

How will it feel to get back in the cage?

It’s going to be amazing. It’s going to be loud and rowdy when I’m out there, and the last time I was out there, I had that hometown crowd going wild (laughs). I felt awesome; I didn’t feel any pressure. I did really well. I styled on them, I guess you could say (laughs).

I give my opponent a lot of respect because he’s got more than a dozen fights on his resume. But in the cage, he hasn’t shown a lot of heart. When things get rough, he doesn’t want to play around too much. I’m going to go out there and put it on him from the second the bell goes. If he can’t handle it, I’ll finish him right away. Everything tells me I’m going to make him quit before the third round.

Where would you like to be one year from today?

In the UFC. This is my last and final amateur MMA fight. I want to fight another five times this year. This time in 2018 I’d like to be 5-0. CES pushes their fighters hard, and they can rely on me to put on exciting fights and to finish whoever they put in front of me.