Daron Cruickshank ready to put on a show at RIZIN 5 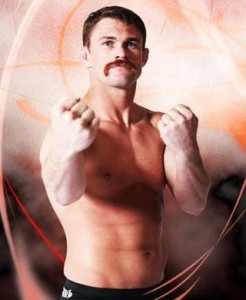 “The Detroit Superstar” Daron Cruickshank (18-9, 1 NC) is preparing for his fourth fight for Rizin Fighting Federation when he faces former PXC and Shooto champion Yasuke Yachi (16-6) at RIZIN 5 on April 16 in Yokohama, Japan. The former UFC standout and 2nd degree Taekwondo black belt is known for his dynamic striking and has finished 10 of his 18 wins via knockout. He’ll be looking to add Yasuke Yachi’s name to that list on April 16. Pro MMA Now caught up with Daron before the fight.

In the past, for every fighter, to be in the UFC was their primary goal, do you think that is still the case or are things changing?

The UFC is still the considered the big show, but companies like Rizin are nipping at their feet. Big things are coming for Rizin and I hope to help get them there.

Who is helping you prepare for this fight?

My fight family “Michigan Top Team ” www.michigantt.com. I would not have it any other way.

What motivates you these days?

Well, I like putting on a show, the feeling in the ring as everyone is watching your every move. And of course the money.

Where is Daron Cruickshank headed?

As of right now I have a fight for Rizin April 16th, after that more Rizin fights.

What is one thing you have to do every day?

Play with my dog Banshee.

What is the most important lesson you have learned in MMA?

Some days you get the bear, some days the bear gets you.

After your fight with Yachi, is there anyone in particular you would like to face in Rizin?

Do you have any pets, if so what kind and what are their names?

Favorite pastime outside of fighting?

Shooting sports, getting ready for the zombie apocalypse.