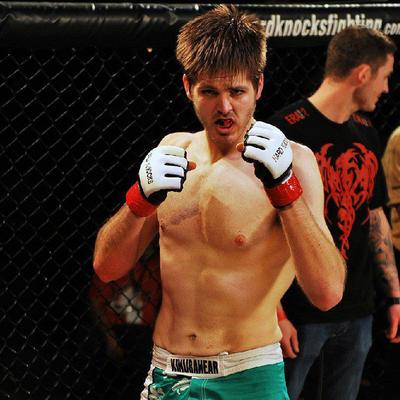 Before Jeff Porter enters the cage for the eighth time to fight Teddy Ash at Unified 30 on March 31 in Edmonton, the heavy-handed 185-pound contender caught up with ProMMAnow.com.

How does it feel to fighting under the Unified banner?

I‘m really excited. Teddy’s a pretty well-known name around here and is considered a tough, legitimate guy. A win over Teddy would put myself on the map. It’s going to let people know who I am, it’s going to make a statement.

It’s going to be a tough one, for sure. Teddy is a tough guy – he’s strong but I feel that my skills match up well against his. I feel that I’ve got the skills on the ground to finish him there and I feel I can get the best of him standing on his feet, so TKO or submission late in the second or early in the third.

Is there any better feeling than having your hand raised after a big win?

It’s a lot of relief, I find. You put so much work into it. The times I’ve come up short are just so disappointing. I don’t know if I’m super happy when it happens – more just relief that the work I did paid off.