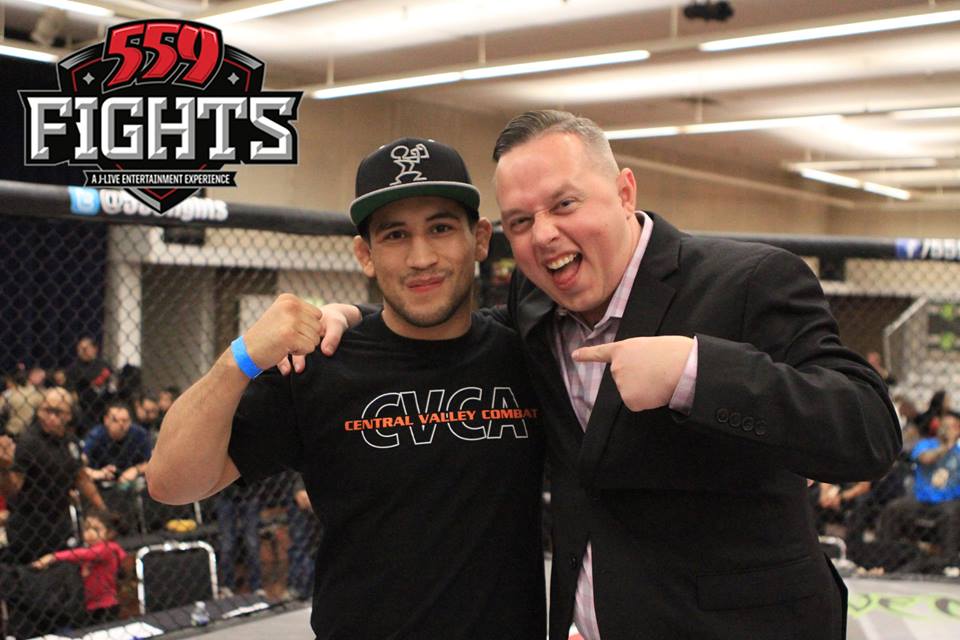 Before 559 Fights 54: Chavez vs. Jimenez goes down Saturday at Visalia Convention Center in Visalia, Calif., promoter Jeremy Luchau sat down with ProMMANow.com.

If somebody told you when you were growing up that you’d someday be making a living in MMA, would you have believed them?

Absolutely not. I always thought I was going to be a firefighter (laughs).

I was a journalist for a newspaper in Hanford called the Hanford Sentinel. I met the Entertainment Director at Tachi Palace, whose name was Christian. He was one of the people who spearheaded the WEC back in the day. He was trying to create more of a buzz for MMA because it was during those dark ages 10 or 12 years ago when it wasn’t really covered and there wasn’t a lot of interest in it. He came up with the idea if I’d be interested in writing a column about becoming a mixed martial artist. I trained MMA for about 16 months and then I competed in the cage.

Is there anything else you’d rather be doing for a living?

No. I wake up every morning, happy to be doing what I’m doing. I feel blessed that I’m not doing something I don’t want to do, like washing dishes. I’m pretty lucky too that my partner, Jason House at Iridium Sports Agency, is one of my best friends. I get to do work that I care about, with people that I care about.

How excited are you for Saturday night?

I’m really excited. People always ask how I continuously get excited doing so many shows, but I think of every event as a challenge. I just get really excited about the challenges that each event brings.

Which fight is your early favorite for Fight of the Night?

A lot of people are really excited to see Devon Chavez fight again, against a really experienced opponent in Anthony Jimenez in the main event. Both guys always puts on fun fights, and I’m really excited for the next one.